PRIVATE LONG COULBOURN, Army of the 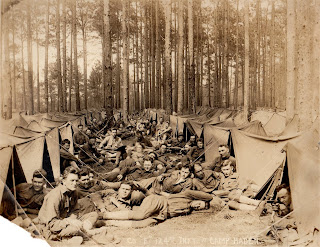 My Dad, Long Coulbourn, was busy all his life, always in a hurry, and yet he lived to be 98 years old.
He was born in a little town on on January 27, 1899.  His dad ran an oyster business.  The employees were all African-Americans, and I am sure some of the older ones had been slaves at one time.
Watermen raked up tons of oysters and brought them back to Morattico to be processed.  Black oyster shuckers worked all day, filling barrels with fresh shucked oysters, which were iced down and rushed to customers all over the eastern .
It was hard work, and a typical shucker made $6 a week.  They piled up mountains of oyster shells.
was going to war in to fight the Germans in 1917, and young was in a hurry to join.  He enlisted in the 124th Infantry Regiment (First Florida), and was shipped up to in , to join the Yankee Division.
1,500,000 young men boarded troop transports and were soon fighting in . was among them. The shells exploding near him permanently damaged his hearing, so he spent the rest of his life with very poor hearing.
On November 11, 1918, Armistice was declared. People went from unit to unit, announcing the news.  remembered that vividly, especially because a cook wagon came to the front lines and started cooking pancakes for the soldiers.  “Man, that was the most wonderful thing!” used to say.
As it has done for most men, and now women as well, combat made a lasting impression on .  He was proud of his service.

When the war was over, all the soldiers returned to , and suddenly all those young men were looking for jobs at the same time.  and his brothers went to work in central , packing strawberries and trying all kinds of schemes to make a living.   was gaining notice all over the country because oil wells were popping up, new refineries were being built, and workers were needed. In 1927, got himself on a freight train headed for .  He made his way to , in the southeastern corner of .  Real estate developers financed with money from the had begun building a town here to handle shipments of locally grown rice. They located the Kansas City Southern Railways terminus here, and Dutch settlers came to live, followed by Americans. Then a huge oil discovery at Spindletop, right where all the Dutchmen were living, led to creation of several refineries here. Texaco and Gulf Oil companies were created. Families began streaming here to make their fortune in this oil boom town. 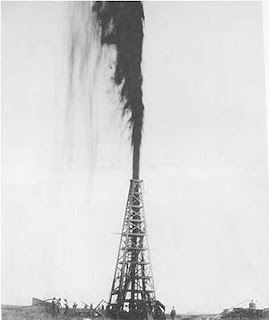 For a young man, veteran of The Great War, looking for work, this looked to be the place, and landed here.  found a job as a bookkeeper at a local grocery store.  , who enlisted in the Army before he had graduated from high school, now enrolled in correspondence courses to learn to be an accountant.  He earned his certificate.
He met a young woman at a social event. Katherine was the daughter of a doctor and a strong supporter of the local and the Women’s Christian Temperance Union.  Dixon and Katherine were soon married.
I was born a couple of years later, in 1934, and my brother Dixon Wall Coulbourn was born two years later, in 1936.
then began taking the test to become a Certified Public Accountant, but didn’t make it.  He took it again.  All through World War II, every year he took the test, and finally, in about 1945, he earned the “CPA” designation. We were all so proud of him!
In 1944 my sister, Martha Louise, was born, and our parents looked at the neighborhood where we lived, just over a mile from downtown, and decided that now, with a little girl, it was time to move to more idyllic surroundings. So, in 1945 we moved to .  Here we had a cow pasture beyond our back door. ordered a flock of Plymouth Rock chickens from a supplier in , and soon we were in the chicken business. 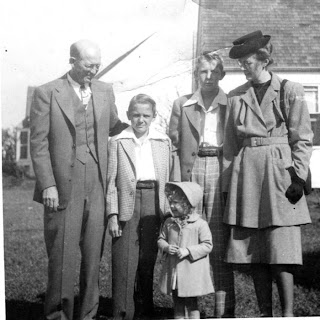 We collected the eggs each morning, and cleaned all the chicken mess up, and fed the chickens.  started his own accounting firm, leaving for work after he had made sure that we were doing our chicken chores.
was always in a hurry.  He hurried to work, and he hurried home.  He ate each meal like there’d not be another.  The only thing he slowed down for was church. We all went to the downtown every Sunday, but as soon as the sermon started, Dad would turn off his hearing aid and drift off to sleep.
loved gadgets.  All during the war, Army surplus items were finding their way to market, and when war ended, there was a flood of interesting gadgets, and Dad wanted to buy as many as he could find.
He had a friend who owned a store that sold outboard motors for boats and all kinds of appliances, from washing machines to record players.
Dixon bought an electric deep freezer, and then one of the new Bendix washing machines, with the window, so you could see the clothes swirling around inside.  He bought my mother an electric ironing machine (mangle), which turned out to be a total waste of money.
When a new voice recorder came out, that you could record on a paper disk, he brought one home to try out, and took it back.  Then a wire recorder came out that made a recording on a slim silver wire on a spool.  He brought that home, and then took it back.
However, we were one of the last families in the neighborhood to buy a television.
Even though he loved gadgets, Dad was no spendthrift!
Dad kept his accounting business until he was 73 years old, then with all of us kids with families of our own, he and mother moved to , where he opened up another accounting business, and wrote a book, “Control Your Finances”.
All his adult life, Dad was a loyal member of the Kiwanis Club and the American Legion.  On his 90th birthday the local newspaper ran a front-page story of this crusty old World War I veteran.  Dad wasn’t pleased about the publicity, because he thought the fact that he was 90 years old might turn away some of his accounting business.
Happy Birthday, Dad!

Our Army--and How to Know It and Our Navy and How to Know It edited by Albert A. Hopkins--Reversible book 1917. New York, NY: Munn & Co., Inc. Scientific American Office Little book describes modern World War I Army with 310 illustrations--maps, ranks, insignia, how to salute; Reverse the book at it describes modern Navy with 275 illustrations, insignia, uniforms, weapons, etc. 124 pp. 10 x 14 cm. Paper booklet bound with Army on one side, Navy on the other. Cover missing, pencil writing on Navy title page, thus poor. (6225) $30.00. World War I/Army/Navy 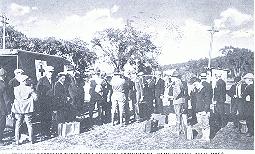 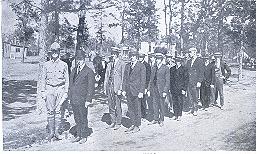 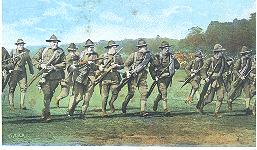 Posted by The Personal Navigator at 6:21 AM