Faced with backbreaking debt, the Massachusetts Bay Transit Authority (MBTA) has proposed to raise fares and eliminate service.
Here in Rockport, the MBTA plans to take all weekend train service away, which means that not only will weekend workers be unable to use the “T”, but visitors to Rockport will be turned away.
Our local economy depends upon visitors coming here to shop, eat, attend events at our , and visit our Rockport Art Association and all our galleries.
First, about the debt.  Newspaper stories in the past year have told how some MBTA contractors, tasked with printing the passes that are sold to commuters for travel, helped themselves to the point of printing and selling millions of dollars of fake tickets!
Perhaps a bigger hole in the revenue bags, however, is the report many, many commuters have made that conductors on the Rockport-Boston line often don’t check tickets, and don’t bother to collect fares from people without tickets. Many people frankly say they have made many trips without paying a dime!
Not only is the “T” unable to take in the money it needs, but if receipts are the only way to determine ridership, obviously, they have no clue as to how many people are actually riding.
If so many people are riding for free, it’s no wonder the “T” wants to cut service on weekends.  Of course, the next logical thing would be to cut all service, and let the trains sit at the terminal. 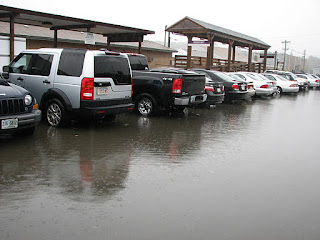 Here in Rockport, for eight years we have been working with the “T” on a design for a new station.  Since we are the end of the line, usually four or five trains lay over on tracks at our station on weekends.  The “station” is not nearly the fine structure we had here in 1929.
In 1929, as a matter of fact, trains made the same trip from Rockport to , Manchester-by-the-Sea, Beverly Farms, Montserrat, , , and on to ’s North Station, only they made it faster.  And I will bet that even without electronics, bar code scanners and all the other modern paraphernalia, very few people escaped the conductor’s ticket punch.
The “T” has indulged us mightily in Rockport.  They have spent many thousands of dollars on reams of plans for the grand new station here, with new layover tracks, a longer raised platform with roofs and lights, and even a paved parking lot!
In response to local calls to reduce the noise of trains in the station, the “T” designed a massive “Hush Hut”.
We have had the finest designs money could buy.  But not anything has proceeded beyond design. 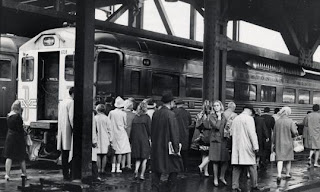 In a more logical world, with a transportation authority that existed to provide transportation for commuters, instead of perhaps just soft jobs for people, you would think that more and better service would lead to more riders, and more revenue.  Commuters would leave their cars at home, and in increasing numbers, hop on the “T”.
It’s the same old business --- tired, bored “public servants” going through the motions of providing sloppy commuter service.
It’s time for citizens to speak out!
We don’t buy the “ is broke” excuse.  Our Governor and Legislature can and should demand an excellent “T”.
WE should demand it! 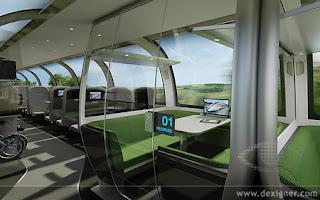 Why can’t we travel in a car like this?
(Mercury train by Priestmangoode)

The Personal Navigator offers these items that will take you back to the days of the wonderful Boston & Maine Railway:

and Railroad Time Tables, December 11, 1922 , : and Railroad, North Station. Front  cover of Time Table shows picture of woman enjoying skiing or ice skating; back cover show drawing of deer with ad for a Fall vacation in the Maine Woods: "Pack your guns-- leave your cares and worries behind-- and get away for a week or two hunting--". Centerfold features map of Northeast from and east to , and . Time tables between Boston and Maine, Boston to Portland via Portsmouth and via Dover; between Boston and Haverhill, MA; Lowell, Medford, Lawrence and Manchester, NH branch lines; Swampscott Branch; Gloucester Branch; Salem and Peabody; Conway and Wolfeboro Branches, more. 52 pp. 20 x 23 cm. Paper timetable, pages lightly browned, good. (7876) $20.00. Travel/Railways

Boston: Everywhere in Boston and How to Get there; Street Guide of every street in Arlington, Belmont, Boston, Brookline, Cambridge, Chelsea, Everett, Malden, Medford, Milton, Newton, Revere, Somerville and Watertown. ©1943. : I.E. Chase-Myrick. Little index of streets and street car lines. How to get to and from , and other places that no longer exist. Appendix listing for Boston Elevated Railway. 352 pp. 11.5 x 15.2  cm. Paper booklet very good. (6067) $16.00. Travel/Boston

Posted by The Personal Navigator at 6:33 AM