The things you see at the Show…. 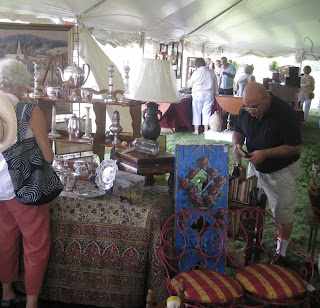 “The things you see, when you haven’t got a gun!” my dear Mother-in-law used to exclaim when she found herself amongst strange people.

You sure can meet some interesting people at an antique show.  Marty and I loaded up an van and took our antiques down to , on the , for a show last weekend.
When an antique show opens, a few little sharp-eyed men dart into the show, stopping at each booth long enough to sense whether there is anything there that meets their discriminating taste.  These are the pickers, who hope to pick up something worth $500 for $50. 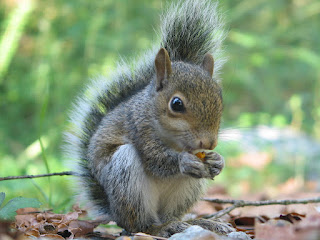 They look and act a lot like squirrels.  They pause now and then to sniff the air, and see if they smell something worth buying.  You can just see their tails twitching.
After a few moments, all these eager little people are gone, off to greener pastures.
Then come the silver and gold buyers. These men sweep each booth with hawk-like precision.  They are on the lookout for precious metals. [At the moment, silver is $33 an ounce, gold is $1646.]
They will home in on  a beautifully tooled, elegant piece of early 19th century silver, and see only how much it will bring, melted down.  For anyone who appreciates the work of fine old silversmiths or goldsmiths---- delicate carving, stamping, engraving and chasing...  work that probably took many days to do --- the idea of melting it down seems sinful. 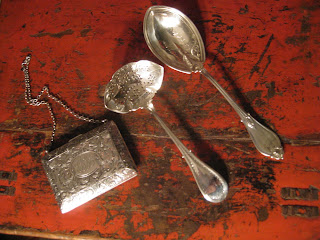 Some pieces of antique silver—imagine
these pieces melted down for scrap!

These men usually carry a small scale to weigh any treasure they can get their hands on.
One started to pull out his little scale in Marty’s booth, and she said, “I’d like you not to do that.  That’s so tacky!”
He put away the scale, and used his finely-tuned hands to estimate the weight of a pair of Sterling silver serving spoons.
Soon, these men have flown on to their next feeding area, and that leaves the regular shoppers.
One shopper is a doctor who is moving his office to .  He and his eight year old daughter cover the whole show, stopping to look at things that interest him—his daughter patiently stands by.  Most everything interests him, as he lugs out a huge and expensive wooden ship model in a large glass case; long, ornate brass candlesticks, six feet tall, paintings, pottery, a Nantucket basket, and more.
Another shopper is a Caucasian man in a wheelchair, and he is looking for Mexican silver.  He has a young Filipino man pushing him, and his wife is along, too, along with a Buddhist monk.  You don’t see a lot of Buddhist monks at antique shows.
Antique shows are often magnets for serial talkers.  These are people who come to the show to talk.  One young man is very good about talking on any subject.
From what I could gather, he is a stochastic deterministic probabilistic mathematician who likes to collect things.  He lives in a house that is scaled perfectly—every room is just a five-ninths the size of a regular room; the ceilings are low, and every angle in the house is measured to perfection. He knows about silver, all about how silver is mined, refined, smelted, how silverware is carved, molded, hammered… and pottery, where you get the clay for fine porcelain, the firing process, the difference between Dresden china, Imari porcelain from Japan, Celadon from China and Korea, English porcelain, the rug weaving techniques of the Kurds, the Bakhtiaris, the Baluchis, Turkomans, Qashqais.  He can tell you about ship models, post cards, brass bookends, 19th century toys, paintings by known Cape Cod, and other artists, antique advertising; Civil War firearms and uniform buttons.
He often drops out of the antique world to tell you about design of a nuclear power plant (he once helped design one, he says); or the finer points of deep sea diving, or celestial navigation, or design of lighter-than-air balloons, blimps and dirigibles. 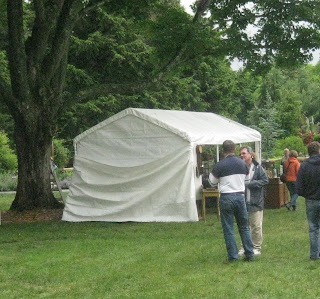 Unidentified Stochastic Talker (back to camera) at Elm Bank

He’s an authority, he tells you, on World War I military history, as well as the Franco-Prussian War of 1870, and once studied extinct languages of South Sea Islanders, including the Kuuk Thaayorre, who give compass directions instead of “in front of” or “next to”.
Once you have been attacked by this man, and he has exhausted all the air in the room, and you have found a way to escape, he moves on to the next unsuspecting victim.
A large woman always visits this show, and many other shows, sweeping in on a large, motorized wheelchair with one of those tiny little Shi Tzu dogs climbing out of her pocket.  She’s followed by her husband, a wiry little man with a cowboy hat and boots.
Finally, after two short days, the show was over, and it was time to put all our goods back into the van. 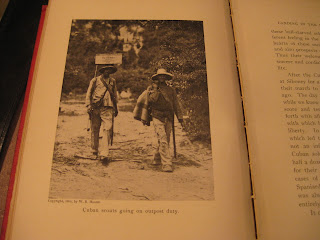 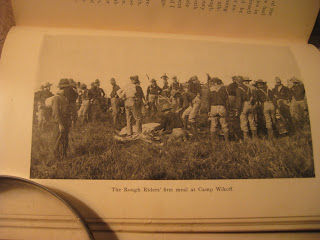 Cannons and Camera: Sea and Land Battles of the Spanish-American War in Cuba, Camp Life, and the Return of the Soldiers; First Edition Photographs and Narrative by Hemment, John C.1898. : D. Appleton & Co. This book has been widely reproduced. In this book War Artist John C. Hemment has captured the War in  in excellent, sharp photographs and accompanying text.   Introduction by W.I. Lincoln . Hemment had earlier photographed the Battleship Maine extensively, and when he arrived inCuba he found she had just been blown up. His description of the Spaniards and the Cubans is colorful and portrays the sharp enmity between Americans and Spaniards. Interesting and detailed photos of recovery of parts of , life in American soldiers' camp,  off to the seat of war in  by seagoing transport...  Life with General Shafter and his staff.  Description of photography and developing of film, etc. under combat conditions.  Firing on . Among the Cuban pickets.  About mules in the campaign. Siege of . The Charge at El Caney.  Our Bold Rough Riders.and Colonel Roosevelt. Return of the Rough Riders. With appendix and index.  . 282 pp. 13.5 x 20 cm. Red cloth on board with decoration on cover showing a sailor cleaning a naval gun; gilt lettering. Edges worn, binding weak, spine faded. Inscription dated 1898 on ffep. Fair. (5261) $42.00. History/Spanish-American War 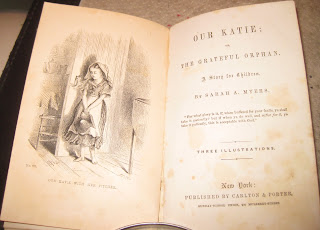 , The, April 1874; published by the students of and edited by the senior class 1874 , : . Publication features literary genius of students. as a Young Writer describes Alexander Hamilton as a revolutionary pamphleteer.  "A Proposition" by Franz Boyd is humorous piece that suggests boxing up 300 Chinamen and smuggling them through the Upernavik custom-house. "Mr. Webster in Court" relates story of celebrated divorce case (and others) with Webster as counsel, in 1848.  156 pp. 14 x 22 cm. (6502) $32.00. Printed Matter/Educational

: Map of the Western Railway Showing Mileage of Stations from  Central  ca. 1960 : Survey of India Offices. Map of Western Railway scale 1 inch = 40 miles, shows broad and narrow gauge lines, foreign railways from  in NE to  and Runn of Kutch in W to Churchgate and Bombay Central in S.  On reverse is map of  showing Western Railway with other foreign lines, and annotation in ink of 25 locations, from  and  to .  map 44 x 62 cm. Paper map, annotations on  map side list 25 cities with numbers at their location on map.  Good. (8212) $16.00. Maps

Rejected Addresses: or the New Theatrum Poetarum,  Tenth Edition 1813 : John Miller, 25, Bow-Street.  Collection of bizarre "addresses" on the occasion of the reopening of , completely rebuilt after a fire. Funny, disrespectful, shameless humor.  It is interesting to see how much of this is still funny, nearly two centuries later!  In "'Hampshire Farmer's Address"  there's reference to cheap soup: "soup for the poor at a penny a quart, ...mixture of horse's legs, brick dust and old shoes." ' is a large earthen-ware pipkin.  John Bull is the beef thrown into it. Taxes are the hot water he boils in. Rotten boroughs are the fuel that blazes under this same pipkin..." 127 + 5 pp. adv. 10 x 16.2 cm. Quarter leather, marbled boards, worn. On front pastedown is bookplate (oriental motif)  of Russell Gray pasted over fine signature of Henry Wilkinson, and on front free endpaper is name, "Russell Gray 1883--" [Russell Gray was Associate Justice of the Supreme Court, noted for his ruling granting citizenship to the children born in the U.S. to Chinese immigrants working on the railroads.]  Good. (5246) $30.00. Humor

Posted by The Personal Navigator at 7:07 PM