“OCCUPY ” AND OTHER PROTESTS—ARE THEY WORKING? 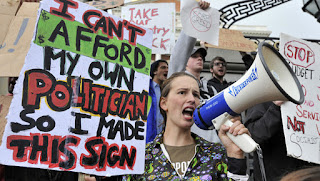 I missed the 1960s.  While people were protesting the War in and other things half a century ago, I was busy as a young naval officer aboard first one submarine and then another in the Atlantic and .
The second submarine was a brand new Polaris submarine, carrying 16 nuclear warheads, and so I experienced the protests of British people, lying like logs on the pier in to make it hard for us to get to the boat that would take us to our submarine.
All of those dramatic events, including the deadly encounter at Kent State University, all the hippies, the marijuana, the peace and ban-the-bomb symbols, the Women’s Liberation demonstrations, the Civil Rights protests, the marches in Alabama and Washington and elsewhere, the police, the fire hoses and the tear gas — for me is just a blur.
Women gained recognition for their status, and more opportunities.
Blacks gained more attention to their civil rights, and although there is still much inequality, you cannot but be impressed with the fact that a black man is sitting in the White House as our President.
And politicians heard the message about , and worked very hard to get us out of there as soon as possible.

Now we have “” and “Occupy ” and similar protests across the country, decrying the growing gap between the very rich and the rest of , the lack of enough jobs, the sense that our Congressmen and Senators are far more beholden to special interests and political action dollars than they are to plain American people.
One of the problems with protest movements is they can easily be highjacked by people who have other agendas, and some of those agendas have more to do with taunting the police to the point that some protestors get badly injured and killed, and demonstrations get all out of control, like the ones that followed the killing of Martin Luther King in 1968.   There are some who want to paint the forces of law and order as “Pigs” and brutal “Nazis”, and such, and there are plenty of young people who are more than ready to fling themselves into such a fray. 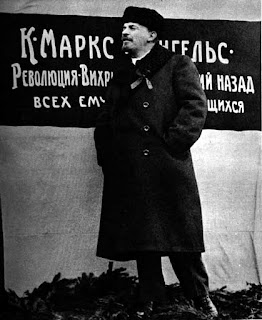 And I have already heard some of the messages of leaders who would dearly love to take us to the bloody reprise of another "October Revolution".
But, is there a better way for us to convey the very vital message that (I believe) is at the heart of these protests?
Is there a way to seize the attention of our Congress that the plain people of are watching, and expecting them to listen to US, rather than the lobbyists and others who ply them with millions of dollars?
Is there a way for plain Americans to stay energized about this effort, so that we will actually VOTE for the Congressmen and Senators who show that they are receiving our message, that indeed democracy is still alive?
Is there a way for all of us to turn some of our attention each day, for the next 390 or so days, to our Representatives and our Senators, as well as the men and women who want to be our next President, and to give them the message, over and over, and stronger and stronger, that we are fed up with the way things are?
Is there a way that we can put our music, our entertainment, our sports, our idle texting and tweeting, on the back burner, and instead send that message?

This is not a Democratic, nor a Republican, thing.  This is for the , and many of us think that our country is still worth it.

Posted by The Personal Navigator at 1:29 PM