Saving Heathens from Themselves 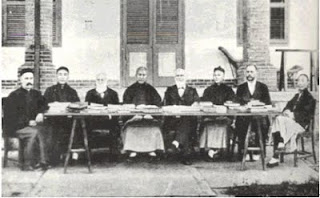 Missionaries in , 1843
Oh, to have been a Missionary in the good old days!  Imagine boarding a ship in , right here in . You took your whole family, and trunks and trunks of books, clothes, pots, pans, and all the food you would need for a few years.
Your voyage would take you to ports in the Caribees, and then down the coast of South America to .  If you were lucky enough to make it around the Horn, after several months you would make it across the South Pacific Ocean and make landfall near the Straits of Malacca, then into the Indian Ocean until you arrived at Hindoostan, which would be your home for the next several years.
Or, perhaps you might have landed in Cathay, which we now call .
Missionaries that nations and churches have sent all over the world have done a world of good, in bringing medical care, and better health practices, and teaching people better ways to farm, and to protect themselves from disease, and in many ways missionaries have carried a message of hope and faith that has truly improved the lives of people the world over!
Today, however, some of us have just a thought that some of our missionary work was a little heavy-handed.
As long as has been a country, we have been so sure of ourselves that we wanted everyone else in the world to join us.
After all, how can they live without joining us in our religious faith?  I mean, it’s only right that we lead them into the light.
Never mind that they have been Hindoos, Buddhists or Mohametans or even tree-worshippers --- for many centuries!
Well, we really didn’t want those yellow and brown people to come over here, mind you ---  but we felt that we needed to make good Christians of them.  While we went to great efforts to give them the wealth of our knowledge and experience, our immigration laws severely limited their coming to live here.
Our missionaries have sailed all over the world, taking Bibles and trinkets to win the hearts and minds of the rest of the world.  We were so terribly sure that if we could turn them into good Christians, they would stop killing each other, and marrying multiple wives, and putting widows on the funeral pyre to be burned alive with their dead husbands.  If we could make everyone in the world into good, God-fearing, teetotaler Christians, the world would be so much safer! 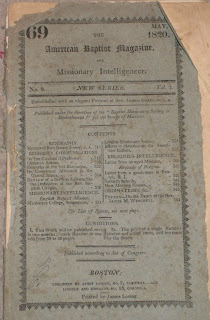 American Baptist Magazine, May 1820
If you read a few of the books, magazines and papers that religious groups published in the nineteenth century, you may get the impression that our missionaries went forth to Siam and Hindoostan, Persia, Cathay and Africa--- and to the Indian tribes all over America and Canada --- without knowing much about these people, and with very little respect for their religious faith or culture.  Americans sitting at home here read with eagerness about the adventures in these far-off places.
I invite you to read a little about the problems of building a missionary college in early in the nineteenth century.
Read about missionaries among the Indian tribes right in North America, and read a translation of a letter of King Otaheite of the Society Islands (Tahiti), telling about a comet that has struck his people. 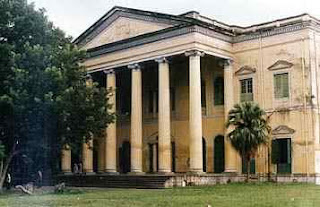 Serampore College in India, founded 1818.
American Baptist Magazine and Missionary Intelligencer, May 1820, Vol. 2 No. 9 , : Baptist Missionary Society of . Memoir of Rev. Henry Jessey. Review of sermon delivered at the ordination of Rev. Stephen Chapin by Jeremiah Chaplin, Professor of Divinity in the Maine Literary and Theological Institution, at . Extract of letter from , Serampore by W. Ward. [Note: Ward was among founders of this College in in 1818. It still exists in 2008.] College is open to all denominations of Christians, and to as many heathen scholars as choose to avail themselves of its exercises and lectures. Letter from Pomare, King of Otaheite, . Report on efforts to Christianize American Indians of the and Stockbridge; letter signed with marks by Oneida Indians asking to embrace Christianity. 34 pp. 15 x 24 cm. Paper periodical, edges frayed, page corners curled, poor. (6399) $36.00. Religious/Missionary 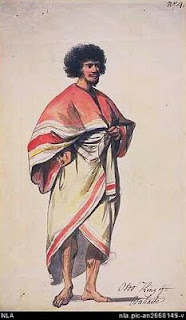