Arab Spring and what came before 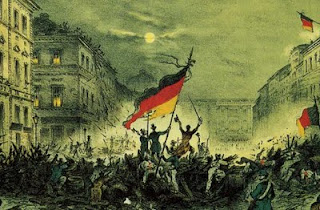 Revolution in 1848
For several months now we have watched an exciting series of events in the Muslim world.
Nearly ten years ago a group of angry Arabs unleashed their hatred on with the coordinated hijacking of four airliners and attacks on the in , the Pentagon in , , and presumably, the Capitol in .
Thus began a so-called “War on Terror” and most Americans recalibrated their minds from the Cold War that had ended a decade before.
We launched a war in to attack al Qaeda and their hosts, the Taliban, in 2001, and two years later we launched a second war in , to rid that country of a threat to peace and stability in the region, and, we thought, to eliminate a threat from a megalomaniac with weapons of mass destruction.
Over the past decade Americans have learned much more about the , Islam, Arabs, and Afghans. And we have generally learned that they don’t like us, they resent us, and they would like to wipe us off the face of the earth.
Although we think we’ve learned much, most of us know very little about the Islamic world that stretches from the Maghreb of North Africa, across all of the Middle East, and on to , and .
Nothing is ever as simple as we try to make it, and that certainly applies to the Arab world, and probably most of the Islamic world.
Just when we thought that it was all about Arab hatred for the West, and a blazing Jihad to remove us infidels, we started to see uprisings in country after country.   Mostly young Arabs, men and women, were fed up with the dictatorships under which they lived, and they want something more.  They want so badly to rid themselves of despotic leaders that they have taken to the streets, and risked their lives to make real change.
And these people don’t necessarily spend their days just hating the and the West!
We’ve seen uprisings in , , , , Bahrein, and , and there are likely groups working under cover in other countries, intending to join this movement. 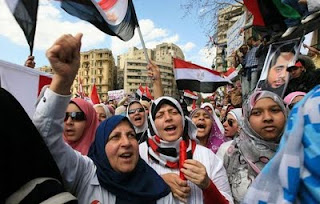