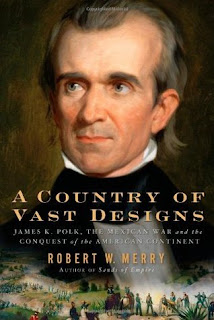 James Knox Polk, in just one term, from 1845 to 1849, made a huge impact upon the United States. With his leadership,  America expanded to acquire Texas, New Mexico, Nevada, Wyoming, Utah, Washington, Oregon, Idaho and Arizona. He pledged to serve only one term, and that’s what he did, but in those four years, he really accomplished some important things.

Polk was in some ways a chip off the old block of Old Hickory, Andrew Jackson.  A Democrat from Tennessee, he served at a time when the pressure to end slavery, and the efforts to retain it, were reaching the breaking point. He was not a “people” person like .  As a matter of fact, he didn’t really seem to like people.  He was a “procedure” person.  He was all about doing whatever it took to advance the goals of the Democratic Party.

Polk’s predecessor, the renegade Whig John Tyler, had set the stage for annexation of the of into the .  The prospect of annexing appeared as part of an overall scheme to extend the to the Pacific Ocean, at the same time cutting off a possible British scheme to connect with their territory, and then perhaps take over , and head the Americans off at the pass.

Slave states and Abolition states saw differently.  Southerners wanted to join as a slave state, which would give them more votes, more political weight, and, if they should have to secede from the Northern states, more of a Slaveholding Confederacy.  Northerners wanted no part of if it meant another slave state.

Texas joined the Union in Polk’s first year, 1845, and then the trouble began.  At that time, the southern border between and was in dispute, and Polk prepared to send his army south to straighten things out.  His lead general was a crusty prima donna named Winfield Scott.  Polk wanted Scott to marshal his troops and head down to , but Scott dillied and dallied, and questioned whether he had the President’s backing.

Scott wrote letters to the Secretary of War and shot off his mouth as if he thought he was bulletproof, even though he himself was a Whig, working for a Democrat in the .  Scott was definitely a thorn in Polk’s hide.

However, Polk didn’t fire Scott—he simply elevated another general, Zachary Taylor, and sent him down to .

Taylor led the American forces admirably in opposing the Mexicans at the Nueces River, the northern boundary, according to Mexico, and 150 miles north of the Rio Grande River, the boundary according to the U.S.  Soon Taylor had the Mexicans on the run. They were in such a hurry to get back south across the that 300 drowned in the crossing.

There was a lot of opposition in the country to war with . Whigs claimed that Polk trampled the Constitution and deceived the electorate to manufacture an illegal war for shady purposes, without the support of the public.  But indeed, Polk had much public support for war with .  [It seems as if modern presidents have been accused of “manufacturing illegal wars” like Lyndon Johnson with the incident, and G.W. Bush with Iraqi nuclear weapons.]

The War with lasted 17 months, and Scott did get back in Polk’s good graces and invaded and captured .

At about the same time the Americans negotiated with the British and finally achieved a settlement that gave the the division with around that exists today.

Still more forces were at work in Alta California, now known as the State of California, and that became a State in 1849.

Perhaps no other president presents such a great difference between actual accomplishment and popular recognition.  However, ’s eleventh president’s accomplishments included a tariff policy that led to prosperity; his ‘Polk Doctrine’ [expounding resistance to European meddling in the affairs of the Western Hemisphere] has been approved and extended; his expansion policy gave the free access to the Pacific.

America in 1849, when Polk left office, was a Country of Vast Designs. Today, it is still digesting those designs as it struggles to find its place as a sometime unwilling leader in the world.

Wednesday, July 31, 2019: The Crusades—what caused them?   The Seljuk Turks; Pisa, Genoa, Venice and Amalfi; Byzantium and Jerusalem; The Children’s Crusade; Attacking the Jews in Germany; The Popes and Kings; Saladin and Richard I of the Lion Heart; how the Christians massacred Moslems and Jews and made Moslems intolerant.
. [Proposed by Sam Coulbourn] 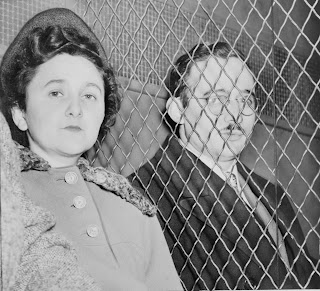 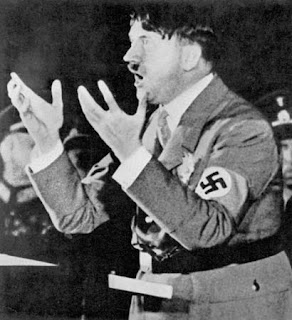 Hitler at Nuremberg 1933
Wednesday, October 30, 2019: Charismatic leaders in History. What were the keys to Hitler’s, Churchill's, Mussolini's, FDR's successes? Keen perception of public moods? Oratory abilities? Character, firm ideology? Connecting to the people? How did they deploy their charisma? How could Napoleon manipulate the masses without TV ads? Why were people so perceptive to a madman in Germany? Recurring questions.  [Proposed by Janos Posfai]

Posted by The Personal Navigator at 7:02 AM