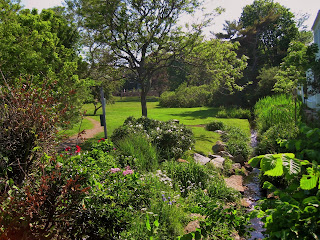 Times, they are a-changin’….

Millbrook Meadow sits squarely in the middle of downtown Rockport, right behind Front Beach.
It’s been there, in various forms ever since Richard Tarr climbed out of his little pinnace and walked ashore to become the first settler of what would someday become Rockport.
A few years later, the second settler, John Pool, moved over here from near Beverly, and decided he’d get into the business of grinding grain to make flour. There was a nice little stream, that they named Davison’s Run that they’d use to provide the water power.
He got himself a license from the town fathers of Gloucester in 1702.  This was part of Gloucester in those days.   He had a bunch of men start work digging out a pond.  It took them a while, because they dug down eight feet, and the pond, when they were finished, was about an acre in area.
John was an enterprising guy, and he could see that this water power could also power a sawmill, so he set up to start dressing the beautiful big pieces of hemlock and hickory that the men brought in.  They trimmed them into lumber and shipped them down to the new town of Boston, to build Long Wharf.
Davison’s Run brought the water down from the hills above Sandy Bay, as it was called in those days. Later that same little stream would bring the water to power one mill after another, as Sandy Bay became Rockport, and workers built organs, pianos, buggies, made glue, and ground up fish bladders to make isinglass, the material used to clarify beer and wine.
That little Meadow behind Front Beach was a busy place.  It was grungy, dirty and stunk to high heaven, especially with those dried fish bladders.  That was Rockport in 1840, and on to 1900.
After 1840 Rockporters started quarrying granite, and the town became one of the best sources of granite in the U.S.A. They built a new dam in the Meadow, and re-directed Davison’s Run into a narrow, granite-lined ditch on the side of the Meadow. 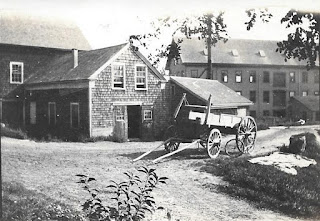 In 1929 the isinglass factory stopped work, and burned to the ground the next year. The Rockport Garden Club decided to buy the property, and got up $1500 to make it a part of the town.  Then, in 1938 they presented it to the Town.  Thirteen years later, in 1951, the city fathers thought that it would make a nice parking lot, and the paving trucks were lined up to go in and do the job.
Lura Hall Phillips, the president of the Garden Club, got wind of this, and from her home nearby on Main Street, went running over to stop the pavers.  She called on her friend, Aldro Hibbard, a world-class artist, who was also one of three Rockport park commissioners, and the two of them stopped the paving. Then Lura got her friend, a lawyer named Ken Nickerson, and started haranguing the selectmen, and soon, the paving idea was no more.
Lura went on to become the patron saint of Millbrook Meadow.  For the next 40 years, she ran pets and hobby days, Maypole dances, Arbor Day celebrations, and all manner of fairs and picnics in the Meadow.  She raised money to build a nice stone bridge in honor of Tarr and Pool, and then a beautiful stairway from King Street into the Meadow, in honor of the Rockport Stone workers. 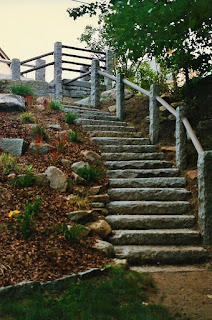 Lura’s Steps into the Meadow

Lura was a one-woman dynamo.  All the while, she was saving up her own money, and when she died in 1994 (at the age of 94!)  she left a pot of money in trust for the Meadow.
Life went on.  People kept enjoying the Meadow and the Pond.  Millbrook Meadow Committee, which Lura had formed, gathered to clean up the Meadow twice a year, and DPW mowed the grass.
Then, at Mother’s Day, 2006 the Mother of all rainstorms came and drenched the Meadow and the Pond for days, and finally the dam blew out.  The same old granite dam that had held back the water since 1840 gave way and flooded the Meadow.
Finally, the Town got the people at FEMA to rebuild the dam, and the project started in 2012.
As the plans were getting finished to actually rebuild the dam, John and Barbara Sparks took a walk through the Meadow.
John saw that the Meadow and the Pond were actually on their last legs.  For years Rockporters had skated on the Pond in winter, fished on it in summer, played and strolled in the Meadow, but had not realized that Rockport’s green treasure was slowly sinking and failing.
Others thought that it could all be made right with a little work from DPW, and maybe more work from volunteers.
But John could see that what was needed was major intervention.  Trees were dying or dead, The Mill Brook ran over its banks and flooded the Meadow regularly, and the Pond was loaded—loaded!  with silt and filling with cattails. Soon it would just be a soggy wetland. 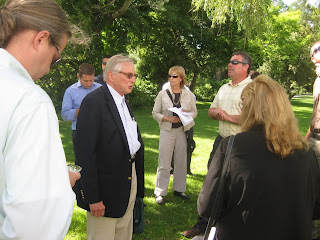 John gathered people together to start what would become the plan for Restoration. Lura’s trust fund, carefully guarded since 1994 by Gunilla Caulfield, could now be used to start the long process to bring our Meadow and Pond back to robust life.
It is now 2015. Lura’s $182,500 was the seed money. Town Meeting and the Community Preservation fund added $160,000 in 2013.  We hired a contractor—Milone & MacBroom of Cheshire, Connecticut, and now we are on the verge of making some real improvements.  Most since the Meadow became Town Property in 1938.
We are taking our request for construction money to Town meeting next spring (2016), and in the meantime soliciting private donations.  With the help of a challenge grant by an anonymous donor we’ve gathered some $70,000 so far.  We figure we’ll need about $1,300,000 to finish the work, which will include completely rebuilding Mill Brook so that it flows through the Meadow instead of in a narrow ditch, and is designed to control flooding much better.
We’ll also dredge the Pond and the little Frog Pond, and replace all the invasive plants with sturdy native plantings and trees, and we’ll make the Meadow and Pond more accessible to everyone, even handicapped persons. For the first time, we’ll have electrical connections for concerts and events in the Meadow, and water to use in watering gardens—instead of borrowing it from neighbors nearby. 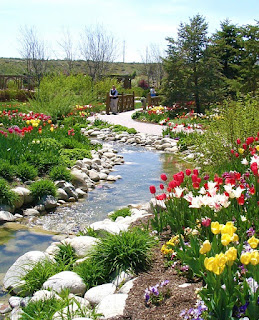 The Meadow and Pond will be much the same, but better, and won’t flood so much, and there’ll be much more for kids to explore and enjoy.
And when you walk through the Meadow, or skate across the Pond, you’ll be able to see the spirits of Richard Tarr and John Pool right alongside you.  Things have changed, but much remains the same.
-end-

For more information about the Meadow and Pond see http://www.millbrookmeadow.org/

Posted by The Personal Navigator at 7:38 PM