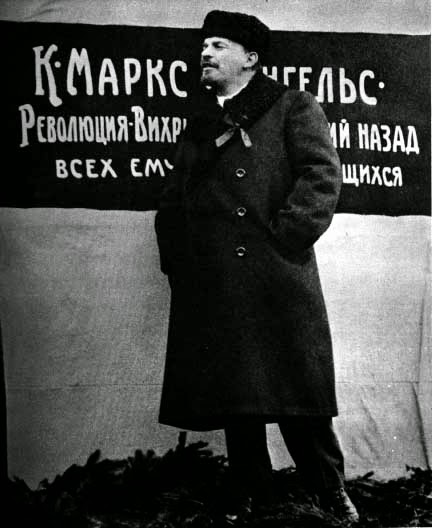 Today, April 22, is Lenin's Birthday.  He'd be 145 today.   It is also Earth Day, and it is not a coincidence.  It's regrettable that the Communists of the world seem to think that they are champions of preservation of the earth, because in the USSR they were very sloppy stewards. However, every year, even today, long after the USSR is gone, Russians observe his birthday with volunteer clean-up events. 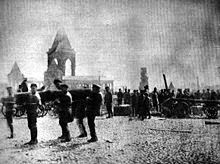 The Soviets celebrated Lenin's Birthday with Subbotniks all over the Soyuz (Union).  A Subbotnik is usually on a Saturday (Subbota, in Russian) and it's a day when good Soviet citizens are expected to get out and clean up a park or a neighborhood, and they offer their labor for free.

We lived in the Soviet Union when Leonid Brezhnev was General Secretary.  It was 1981 when we arrived, and 1983 when we left.  The Soviet Union at that time was seedy and threadbare, from Riga to Khabarovsk, across 11 time zones.   It was a country nearly on life support, struggling to fight a war in Afghanistan.
Yet, the USSR had a vast array of nuclear weapons, and they could blow us to kingdom come.

They still can.
I had few interactions with the upper echelons of Soviet heirarchy, but here is one little story:


The Red Fleet Comes for Drinks 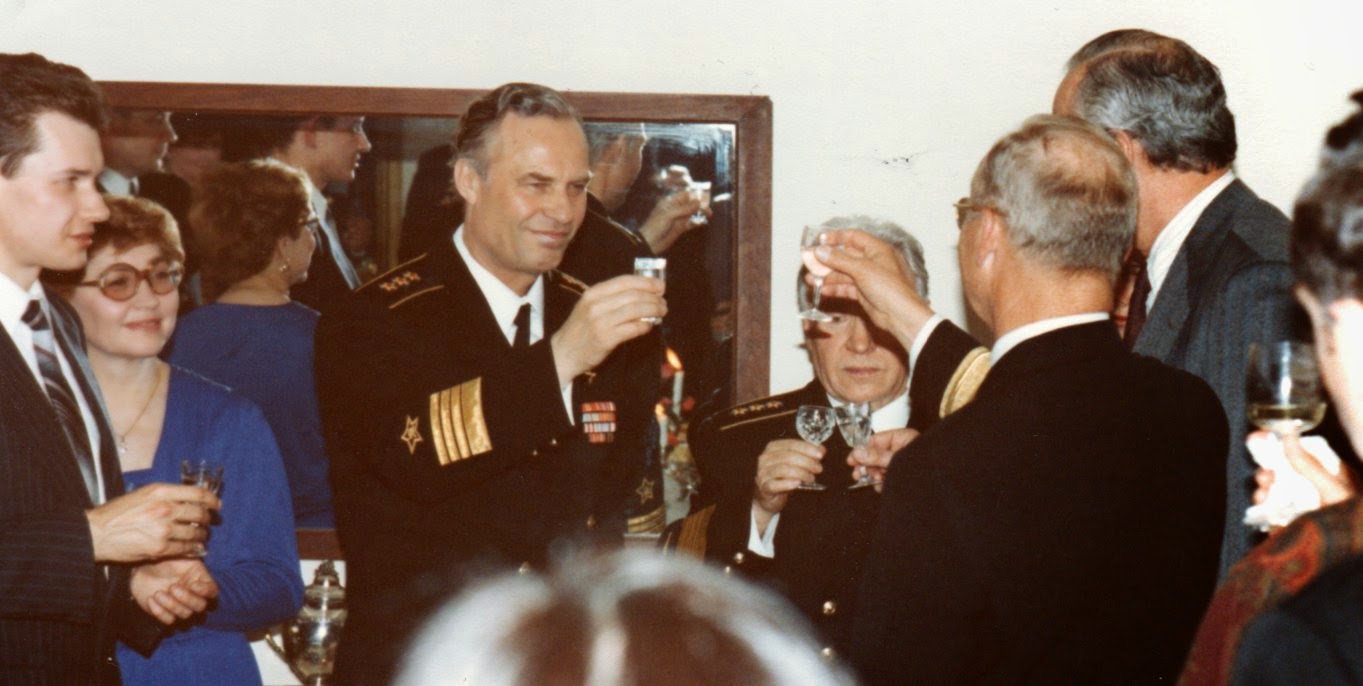 Soviet Admiral Chernavin, Head of the Red Fleet, proposes toast in our living room.
To his right is Mrs. Chernavin, to his left is Vice Admiral Navoytsev. Back to camera in uniform at right is American Navy Vice Admiral Walters.
The Soviet Navy Comes to the House for Drinks.    The annual meeting between senior officers of the  and Soviet navies took place in  in 1983.  We had a very nice dinner at the Soviet Navy’s reception hall, hosted by the Chief of their Navy, Admiral Vladimir Nikolayevich Chernavin.
Our return entertainment would normally have been held by the Ambassador at his quarters, but we were showing our displeasure with the Soviets then about their invasion of, and so we had the party at the residence of the naval attaché (me).
Now, normally, when the senior Soviet naval officers attended a party, they came without their wives.
As I was telling Marty, my wife, about this upcoming event, so she and our maid, Lyudmila, could prepare for it, I said, “Don’t worry, they never bring their wives.”
And of course, women don’t have to worry so much about entertaining men, because men don’t care all that much about the flowers, or other decoration, and that sort of thing. However, my wife cares about all that, and she and Lyudmila put on quite a nice spread, with a big roast turkey, and lots of fancy hors d’oeuvres.
In , the walls always have ears, and the Soviet Navy must have taken my statement to my wife as a challenge, because on the night of the reception at our apartment, all the senior Soviet Navy officers, from the Chief of their Navy on down, brought their wives.
You could tell that a lot of these admirals’ wives don’t get around the party circuit in much, because they spent a lot of time admiring everything in our apartment…. They’d back up to a curtain and, with their hand behind them, give the fabric a good “feel.” They’d quietly flip a plate over and look at the maker’s mark on the bottom, if they could do it without being noticed.
Now, during this time when we were displeased about  the Russians would attend our parties, but leave 20 or so minutes later.
At this party, though, Admiral Chernavin, who is a very urbane, educated, literate and gentlemanly submarine officer, made a toast to our Ambassador, who was there, and to our Navy.  Chernavin is a tall, trim guy—not at all like the short, stubby little Admiral of the Fleet Sergei Gorshkov, who headed the navy for over 20 years.
The whole group stayed for an hour, and they drank, and ate, and seemed to have a grand time, as did the visiting admirals from our Navy.
At some point, we noticed that we were running out of vodka, because everyone was drinking it so earnestly.  I sent out to borrow vodka from apartments of other diplomats in the building, including our general.
I managed to get a few more bottles, and if those Soviets would not have left when they did, we would have had a real problem:  out of vodka.  And to run out of vodka in the embassy in  is a pretty sorry situation.

Another story: The Bulgarian National Day Reception.  We didn’t spend a lot of time with the Bulgarians, but all the attachés were invited to the various National Day celebrations at embassies.  We invited everyone to ours on the Fourth of July.
We really valued our visits to the communist celebrations like this, because it often gave us a chance to see and perhaps talk with the top officials in the USSR; they usually didn’t visit American or western embassy events, because we were officially giving them the “cool” treatment because of their actions in Afghanistan. 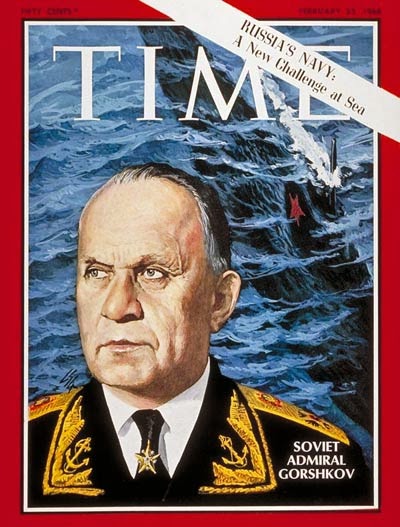 I saw Fleet Admiral Sergei Gorshkov, surrounded by lesser admirals, and I asked my boss, Brigadier General Charlie Hamm, if I could take him over and introduce him to the venerable father of the Soviet Navy.
Charlie, when he had met Gorshkov, told him that he had received his commission in the Air Force the same year (1956) that Gorshkov had taken over command of the Soviet Navy.

Gorshkov nodded and asked an aide to fill up his glass because this was an occasion for a toast.  Russians love toasts.
We toasted Soviet-American Friendship. Then I talked a bit with Gorshkov, mentioning the Incidents at Sea Agreement which had recently been completed between our two navies. At this, the little guy reached up and tapped me vigorously on the ribbons on my uniform blouse, saying it was up to you [The U.S.Navy] to uphold this Agreement.

That Agreement probably saved our navies from some escalation over the years... and it certainly accounted for a lot of vodka to be consumed at the annual meetings our two navies held.

Posted by The Personal Navigator at 6:44 AM