Major Discoveries in Medicine before 1900


Major Discoveries in Medicine before 1900 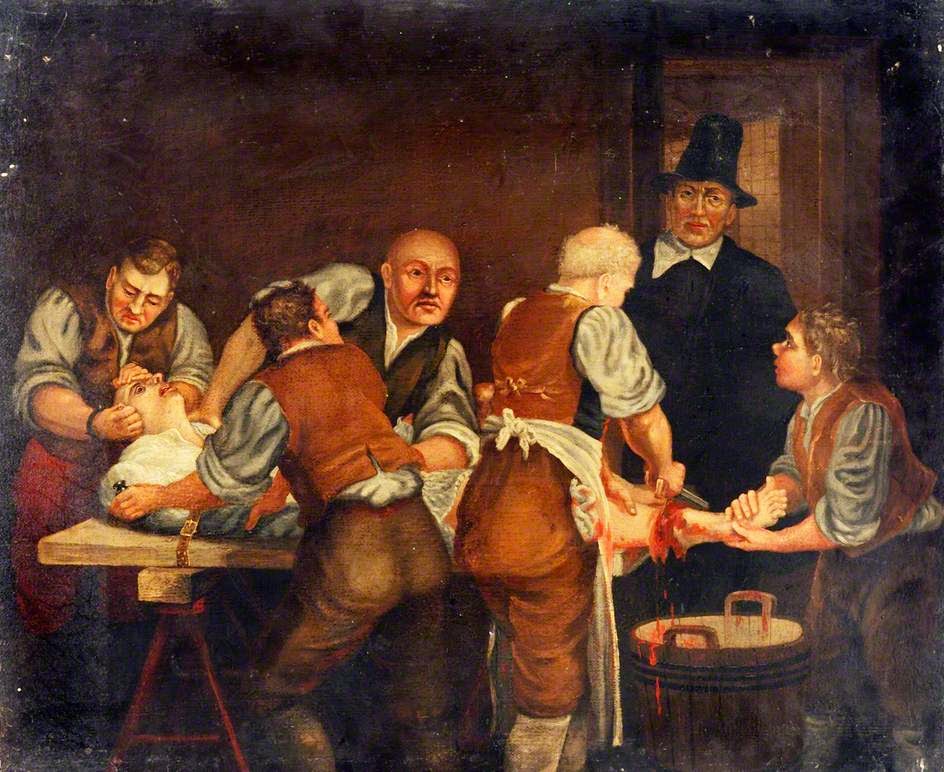 History Book Club
Wednesday, September 24, 2014
NOTE:  Our next meeting will be Wednesday, October 29th:
The History of Art in America-- read a book of your choice on the History of the visual arts in the U.S.
This can be about an individual artist, an art form as embraced by American artists, art as propaganda, art in advertising, modern art in America, landscape art and the environmental movement, or you can home in on the Rockport or Cape Ann art colonies.  It will be your call!

The Doctors' Plague: Germs, Childbed Fever, and the Strange Story of Ignác Semmelweis
(Great Discoveries.) By Sherwin B. Nuland. 191 pp., illustrated. New York, Norton, 2003. $21.95. ISBN: 0-393-05299-0
This is a simple story, and in 2014 it is hard to imagine that there was a time that this could have happened.
A girl in Vienna, Austria in the 1840s meets a dashing young college student.  It is such a lovely relationship, but soon, she gives herself to him--- over and over and over.  She becomes pregnant and the dashing student blames himself for his “dallying” with this girl. Of course, he takes no responsibility for this pregnancy.
The girl’s mother died years ago, but her father has always been so understanding, he will have a solution.  Instead, he flies into a rage.
The girl stays with her friend Liesl, and she makes frequent trips to the Allgemeine Krankhausen, a huge hospital, the pride of Vienna.  Since the 18th century fine hospitals had been built all over Europe, coupled with schools of medicine.  Hospitals were a tremendous benefit for the lower classes, but affluent families continued to be treated in their own homes.
The girl (author Nuland never gives her a name) scouts out the hospital in her many quiet visits.  From Liesl she learns that there are two obstetric divisions—one run by doctors and the other by midwives.  She should ask for the one run by midwives, Liesl advises. “Stay away from the prying hands of the medical students,” she says.
The day comes when the girl’s water breaks and she and Liesl walk over a half mile to the Allgemeine Krankenhaus They are greeted by a friendly nurse, and she is assigned to the first division, the one run by doctors.  No, she cannot go to the second division.  This is where she is assigned.
The girl is given her bed, and visited by nurses, doctors and medical students.  The routine for the students is to visit the “Deadhouse”, where they can examine corpses of those patients who have recently died. Then the students come up to examine these young women, about to give birth.
The girl has a long labor, but finally delivers a fine young boy, whom she names for her father.  Surely, she thinks, “When I show my father the baby he will forgive me.”
Shortly after the birth, however, the girl develops a high fever and her body begins to fill with gas.  She vomits, and cannot take food. She becomes cold and clammy, then delirious.  Finally, three days after the delivery, she dies.
This is 1847, and the author has used this fictional story to lead us into the story of how doctors eventually discovered that they were the very causes of death of so many young women.  Fully one out of every six women in this first division at Allgemeine Krankenhaus died of puerperal fever, or childbed fever.
Every morning, young doctors would open up bodies of deceased women and find their uteruses inflamed and filled with pus. Then they would proceed directly to the first division and examine healthy young women about to give birth.  In the second division, midwives examined the young women, but they did not visit the deadhouse.  The mortality rate in second division was much lower.
At that time no one knew about germs or infection.  They thought that the sickness that swept over these women came from bad vapors or perhaps some mysterious aura.  They thought there might be a connection between the changes in a woman’s body that allow her to give milk to her child, or a blockage of the amniotic fluid (lochia).   Everything but the thought that it could be doctors with filthy fingers!
When we read about doctors wading in bodily fluids, inflamed flesh, pus and a putrid stench, and then proceeding directly to examine healthy women, we can hardly imagine that anyone could have ever been that stupid. 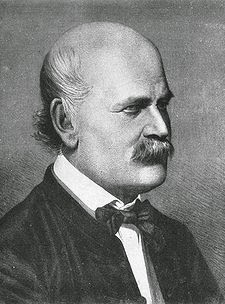 Semmelweis
Along comes Ignác Semmelweis.  Born in Hungary in 1818, Ignác starts out learning to become a lawyer, then changes to medicine.  He studies at the University of Vienna one year, then changes to the University of Pest back in Hungary, then back to Vienna to finish and get his degree. Nuland has studied Semmelweis a great deal before writing this book.
In 1847, as Semmelweis concluded that doctors and students were conveying the disease, he set up bowls of chloride solution at the entrance to the maternity ward and ordered students to wash their hands before entering the ward.
Johann Klein, Semmelweis’ chief at the Vienna lying-in hospital, was an Austrian doctor who followed all the rules and was beholden to the royal apparatus, had been a stern teacher of young doctors and insisted on thorough autopsies and clinical observations of cadavers. He did everything in his power to suggest that puerperal fever, and all the deaths, were caused by the ventilation, the walls, anything but by his doctors.
Semmelweis had a lot of characteristics that made him hard to get along with.  He had a habit of really haranguing any students or doctors who failed to use the chloride solution upon entering the maternity ward.  And he failed to put his theories about infection into print.  He soon moved to the lying-in hospital in Pest, Hungary.  There he found the same problem—doctors handling a cadaver filled with pus and stinking to high heaven, and then proceeding to operate on a theretofore uninfected patient.  He nagged them about using the chloride.  And still, they resisted.
Back in Austria, someone wrote an article in the Vienna Medical Weekly, saying that one would expect that now (several years after Semmelweis had departed) this chloride-washing theory had been discredited.
Semmelweis was not easy to get along with. He was impatient, impetuous, single-minded and blustery. He did not make friends easily. Yet, in 1856, at the age of 38, he married a beautiful young woman, daughter of a prosperous Hungarian merchant.
Finally, in 1861 Semmelweis published his book, The Etiology, the concept and the prophylaxis of Childbed Fever. It was met with indifference and opposition by leading obstetricians, which set Semmelweis into a rage.
Soon, Semmelweis’ behavior became more bizarre than usual, with strange sex habits, including openly consorting with a prostitute, and rambling speech.  He was clearly suffering from some sort of dementia. He was committed to a hospital for the insane and died in August 1865.  Four years later, scientists discovered microbes in chains, later to be called streptococci, and in 1879 Louis Pasteur connected Semmelweis’ work with the streptococci to pronounce that “it is the doctor and his staff that carry the microbe from a sick woman to a healthy woman.”
--Samuel W. Coulbourn

Ether Day: The Strange Tale of America’s Greatest Medical Discovery and the Haunted Men Who Made It.   Julie M. Fenster Harper Collins 2001


Posted by The Personal Navigator at 12:53 PM