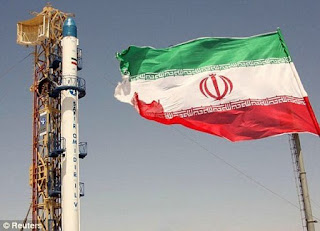 It seems like over 40 years ago that I went to to help advise the Iranian military.  In fact, it was 1970, 41 years ago.
A lot has happened in the world since then, but some things may not change all that much.
President Mahmoud Ahmadinejad seems to derive fiendish pleasure in declaring his, and ’s, hatred for , and determination that should be wiped off the earth.  His words about are very much the same.
Just a couple of days ago the International Atomic Energy Agency released a report stating that continues to move forward toward developing nuclear weapons.
Israeli Prime Minister Benjamin Netanyahu has publicly suggested that a military strike against ’s weapons production facilities may be necessary, and we have heard similar bluster from within the U.S. Government.
The U.S. House Foreign Relations Committee has proposed legislation that would make it “illegal for any American diplomat to have any contact with an Iranian official.”  That initiative could only come from people who have no idea about what people representing the abroad can do.  The same applies to American officials in contact with foreign diplomats and other representatives in the
Once we’ve all been scared by the threat of Iran developing nuclear weapons, it may sound good to some to hear Netanyahu or our own leaders talk about bombing Iran.
However, we haven’t begun to explore all the things that we, and our allies, can do to eliminate the threat of ’s nuclear capability --- peacefully.
And just talking about bombing seems to give Ahmadinejad the kind of support within his country that he desperately needs.
American diplomats, military attachés and intelligence operatives around the world are able to  pursue a more effective and thoughtful process that involves informal and secret communications with Iranian officials and representatives of Iranian opposition groups.
One thing that those who are familiar with must know is that things aren’t always what they may seem.
When I served in , the Shah was in charge, and he was building a powerful armed force, and developing a commercial infrastructure.
The Shah was trying to take a backward, nineteenth-century country into the twentieth century.  He had ordered great improvements in schools all over the country, but his people had learned that they could sometimes fool the traveling bureaucrats, and perhaps even the Shah, by creating things that looked good on the outside, but were not changed, really.
Back in the 18th century in there was the story of Potemkin Villages, fake villages created at the orders of Prince Potemkin to impress the Czarina, Catherine II.
In 1971 the Shah had ordered a huge telecommunications project to be installed.  This multimillion dollar project was being handled by a consortium of contractors from all over the world—Siemens, RCA, General Electric, Philips.  They were spending all this money to install nodes all across the country to transfer information, but there was little information to transfer, because few people had a clue about what needed to be done. 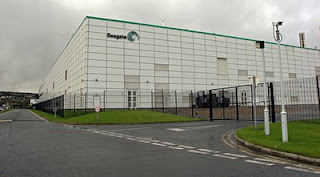 Iranian Telecommunications Node
I had a friend, John Babbin, who was one of those men you meet at the ends of the earth, who are soldiers of fortune.  They get paid large amounts of money to go to these places and get things built.  John told me about going down through the desert in the southeastern part of  to look at a telecommunications node.  He hired a driver and Land Rover, and drove to this magnificent concrete building out in the desert, miles from anything.  It was splendid—big troposcatter antennas, log periodic antennas, and microwave dishes, and freshly planted palm trees in a garden inside the complex.  They had a cafeteria for the workers, and all the comforts of home.  But there was just one thing:  Inside the equipment rooms, where all the switching equipment was supposed to be, was NOTHING!  Empty.  This station really looked good, but was useless.

That is not to imply that ’s nuclear weaponry effort is false.  But before we allow anyone to get us all excited about blowing up , or sending weapons to blow up targets in the , we should invest a whole lot more effort at cultivating contacts at every level, and we should exert much more energy in supporting Iranian opposition groups.
Instead of preventing such contacts, we should ensure that we employ people who speak Farsi, and who understand and appreciate , its history and its culture.
This is no place for leaders who look askance at foreign relations, calling countries they don’t know about “Ubeki-beki-beki-beki-stan-stan”, etc.
has a large number of well-educated young and middle aged people, and there are millions more living abroad who would willingly return to a rejuvenated , free of the despotism of the Mullahs.  However, they would not be interested in the despotism of monarchy, either.   may be positioned better than any of the Arab countries currently going through turmoil today, to build a .

The Personal Navigator has books and papers to offer you:

Life, , November 6, 1902 : Life. Lively magazine of tart opinions, satire and humor. Full page cartoon "When a Woman was Pope".  Lead editorial chides Methodist ministers who seek to get Professor Atwater of fired because he stated that to a certain extent alcohol serves as food to the body.  Discussion of Labor question, now that miners have gone back to work-- what will happen to non-union miners? In U.S. Army nowadays soldiers are more or less a catch-all-- "it gathers in  young men whose brief experience of life has been disappointing to their friends."  Service in the has not been conducive to orderly living.  Cartoon by Bayard Jones, "No Love Lost". Ad for White Steam Carriage made by the White Sewing Machine Company (Automobile Department) of . "Schlitz Beer is Healthful”;  Heyner Whiskey. Old Crow Whiskey. Martell's Three Star Brandy. Wilson Whiskey.  Remington Typewriter.  22 x 27 cm. Paper periodical, slight wear, very good. (7310) $20.00. Printed Matter 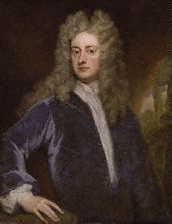 Spectator; Daily entries 1711-1714,  in Eight Volumes by Joseph Addison 1744 , : J. & R. Tonson in the .  uses his marvelous education to provide daily doses of wisdom and humor to his readers over the years 1711 to 1714, in 635 entries. Originally published daily, this 1744 version includes all 635.  Entries start with an apt quotation in Latin or Greek, followed by its translation into English, and then a refreshing discourse that is delightful after four centuries.  It gives the modern reader an interesting and entertaining picture of what Englishmen were doing and thinking in the early 18th century. The daily diary of an Englishman reproduced in Vol. IV shows how uses the mundane  entries of a gentleman to teach readers a lesson. 2612 pp. 10 x 17.4 cm. Eight duodecimo volumes in calf with five-ribbed spines with gilt design. Boards are worn, and three of eight have detached front or back boards, or nearly so. (V.1 front board detached, pencil notes on front pastedown; V.2  front hinge cracked; V. 4 front hinge cracked, back cover nearly detached; V. 7 front board detached, back board cracked.)  Text blocks on all are excellent. Thus overall, poor. (5277) $160.00.  Printed matter.

Courier, Semi-Weekly, Monday, September 28, 1829  : Adams & Holden, Printers. 4 pp. 39 x 50 cm. Prince Polignac is now at the head of the French cabinet. Story relates his background, including his, and his brother's, attempts against the government of Buonapart in 1806. He gave proof of his congenial feelings toward this country in 1816 by marrying Miss Campbell, a young lady of large fortune.   is in a most horrible condition now. From John Bull, a high church anti-Catholic paper, reports gangs of murderers, fiends who take the opportunity of waylaying Protestants. Burning, slaughterings and abductions continue in that "priest-ridden land."  Long report on imaginative robbery of the Suffolk Bank by John Wade, who took $5100 and boarded a schooner for . He made it to Bath, bought a sailor suit, re-boarded the schooner under the name of Mr. King, sailed back to Boston, where the ship lay at anchor and he and crewmates went ashore to play nine pins, with Wade (alias King) paying all the bills. Gentleman from the West Indies says he has been exporting 2000 to 3000 puncheons of rum, but now, owing to the Temperance societies, demand for rum in the  has fallen off, and he will have to sell his plantation and leave the island. USS Constitution has arrived at , in 40 days from . The seven mutineers were left on board the , to be sent home for trial. Advertisement for Patent Sponge Boots for Horses.      Newspaper, small holes in folds, good. Inscription on top of page one "G. Wilkinson".    (8137)  $26.00. Newspapers

Courier, Semi-Weekly, Monday, October 1, 1829 : Adams & Holden, Printers. 4 pp. 39 x 50 cm.   Excellent two-column dissertation by J.R. Poinsett of South Carolina, who has been the United States' Envoy to Mexico, but accused by the Mexicans of meddling in their internal affairs and fomenting revolution.  This discussion of accusations and Poinsett's explanations is tremendously valuable to anyone interested in the history of Mexican-American relations preceding the annexation of , and the war that ended with the accession of much of the southwestern .  Erasmus Doolittle writes a lively, humorous column about his travel to .  [It is interesting to see how much  readers were exposed to in 1829!]  Report from  of events in , where the Russians are at the gates of .  The Sultan has removed to Broussa (), about 100 miles from Constantinople, across the Propontis (). Report from the Allgemeine Zeitung states that Russian troops have landed at Sizeoboli, and the whole army of the Seraskier has been dispersed.  The Armenians, whom the Sultan has by his very ill-judged policy alienated, every where united with the Russians as they advance.   Newspaper, small holes in folds,  good. Inscription on top of page one "G. Wilkinson". (8138) $40.00.

Sermon Preached August 9, 1826 at the Ordination of the Rev. Stephen Thurston over the Congregational Church and Society, Prospect, Maine, by Rev. David Thurston of the Winthrop, MaineCongregational Church. , : David Thurston, Pastor,  Congregational Church.  If thou put the brethren in remembrance of these things, thou shalt be a good minister of Jesus Christ, nourished up in the words of faith and of good doctrine, whereunto thou hast attained. I Timothy, IV, 6
Sermon by famous anti-slavery preacher, David Thurston, with theme from I Timothy, IV, 6. Cites requisites for a good minister of Jesus Christ. This copy inscribed by David Thurston to his uncle, Samuel Bacon. 16 pp. 14 x 21 cm. Paper booklet, covered with coarse heavy paper. First four pages have 10 cm closed tear across middle, other pages have 2 cm tear in edge. Soiled, worn, poor. (5727) $46.00.

[Rev. David Thurston was one of the Congregational church's most prominent ministers. Reform-minded and idealistic. He started the first Sunday school in . He was a pioneer in all matters of reform and a leader outside of his community on the great questions of the day. He formed the  chapter of the American Anti-Slavery Society in 1834, and for years before the Civil War he was a leading voice in the cause of abolition of slavery. In fact, he was so strongly anti-slavery that his parishioners forced him to resign, ending a 44-year stint as pastor in .
Church members today say they carry on Thurston's message of social activism by running programs on family violence and an after-school program for middle school students. ]

Posted by The Personal Navigator at 11:30 AM