Pushing a Hudson Across Texas 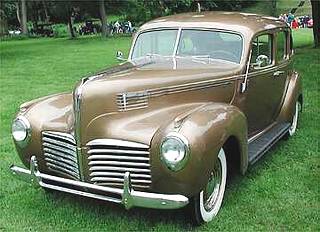 This looks like Jim's 1940 Hudson
Jim Hollingsworth.  Jim and I were often inseparable in high school.  We got involved in a lot of adventures.
One time we and another friend met several Portuguese sailors who had come to Port Arthur on a Portuguese Navy tanker, Sam Bras. They spoke little English, and we spoke no Portuguese, but we thought we’d show them around town, and took them to our house for supper.  My mother, who spoke Spanish, was delighted to converse with them. Then we took them back to their ship.
The next night they treated us to a lavish supper served on their ship’s upper deck, in the open.  We all helped ourselves out of a huge platter of rice and sausage and seafood, with lots of red wine.
One of the sailors got so attached to America that he decided to jump ship, and he asked us to help him make the break from the ship past immigration authorities.
We agreed to meet him down at the local Greyhound bus station late at night.  We (Jim, our friend Doug DeCluitt, and I)  drove down in Jim’s old 1940 Hudson, and searched for Manuel, but couldn’t find him.  We did find a large turtle that was nearby and we put that into a burlap sack.
A short while later, perhaps acting on a report from Manuel’s ship, the Port Arthur police came searching for the missing sailor and caught us— three suspicious looking high school boys.  They began to search the Hudson, when they spied movement in a pile of burlap on the floor of the car.  The policeman pulled his pistol, and then searched more, perhaps expecting to find the sailor hiding there.  It was just the turtle.
That was the end of our attempt to aid in an illegal entry to the U.S.
Manuel did indeed escape, though.  Years later we heard that he had made it to Danbury, Connecticut and was enjoying life there.
Pushing a Hudson across Texas…Jim’s old Hudson seemed to be getting more cantankerous as time went on. One summer we decided to go camping up in East Texas, and the Boy Scout Camp, Camp Bill Stark.               This was on Cow Creek, up in Newton County, famous for having the most varieties of poisonous snakes of any place in Texas.   We had been camping up here for years.
Jim drove, and two other friends, Tommy Hughes and Doug DeCluitt and I pushed that Hudson, off and on,  some 60 miles to the north of Port Arthur.  At this time we felt like we were too old for regular Boy Scout activities, so we relied upon our status as “senior” Scouts, and asked for a campsite.
The first night we thought we would make a nice meal of canned Dinty Moore beef stew and biscuits.  I mixed up the biscuit dough and put it into a pan on the fire, and then started to heat up the canned stew.  There was a can of water sitting there and I poured it into the stew, and started to cook it.
The biscuits turned out great, and we spooned the stew into pans for supper.  After a day of pushing that car, and then hiking inside the Campground, we were hungry!
But— My Gosh, that stew tasted terrible!  After only a bite or so, we were all getting sick.
It turns out that the can of “water” I had poured into the stew was actually kerosene that someone had poured out to fill our lanterns.
We pushed that Hudson to a lot of places in Texas.   Sometimes you need to jump out of a car while it is in motion, but I learned that you do not want to do that in a 1940 Hudson.  If you jump out of the back seating area, you will discover that the rear doors open with the hinge at the rear, so the door scoops you up as you jump.
This is another amazing thing I have learned over time. 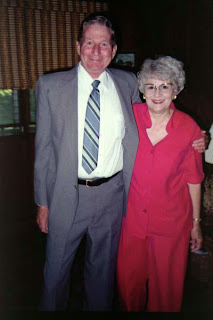 Contact me at scoulbourn1@verizon.net
Posted by The Personal Navigator at 7:37 AM