Children of Men by PD James

History of the Future 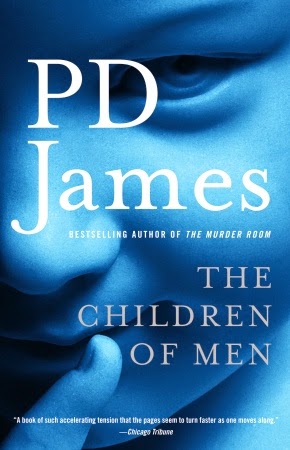 P.D. James, Children of Men, 1992 New York: Vintage Books.
We are the History Book Club of Rockport.  Over the past 11 or so years we have looked at the plight of mill girls in the textile mills of Massachusetts and New Hampshire; we’ve examined the bloody massacre in Rwanda; we’ve discussed the adventures of the Shah of Iran; we’ve looked at the encounter between Indians and Europeans through the eyes of the native Americans;   we’ve gotten inside the world of America during Prohibition; we’ve looked at the arrival of settlers here on Cape Ann; we’ve immersed ourselves in the turmoil of World War II, even reading about Hitler’s bizarre behavior as he saw his plans to demolish Leningrad and Moscow come to an end;  we’ve looked at the beginnings of Islam back in the seventh century; and a whole lot more.
Now, thanks to the suggestion of Janos Posfai, we are looking at the History of the Future.
I chose a fascinating story by a mystery writer, P.D. James, a well-known Englishwoman. Phyllis Dorothy James was born in 1920, and died just two months ago.  She became famous for her crime fiction, many featuring the suave, intelligent police officer Adam Dalgleish.
Children of Men begins in England on January 1, 2021.  Dr. Theodore (Theo) Faron, an Oxford don, writes in his diary that the last human to be born on earth has been killed in a pub brawl.
In 1994, the sperm counts in human males dropped to zero all over the world.  The last people to be born were the “Omega” generation, born in 1995.  They are described as spoiled, over-entitled, remote and unstable.  They are known to show undisguised contempt for their elders.
Since everyone knows that eventually, humans will all die off, there are discussions about what to do with our beautiful creations on earth, our universities, libraries, museums and churches.
While no more humans are being born, animals continue to be born, and it turns out that many, mostly women, have turned their attention of bringing up their animals—cats and dogs—like children, dressing them in clothes, pushing them around in prams.  They hold elaborate christening ceremonies for newborn pets.
Women also dote upon dolls the same way.  Many spend thousands on beautiful dolls, and likewise push them around in prams, etc.
There are no children’s playgrounds—the government demolished all of them several years ago.  There are no toys, and schools have been turned into storerooms, or just abandoned.  Since there are no births, the population is gradually dropping, worldwide.
England is ruled by a Warden, named Xan Lyppiatt, a sort of benign dictator.  He and Theo grew up together, he from a noble family, and Theo from a less privileged part of the same family.  They spent summers together in the English countryside.
Xan and his council of five are preparing the country for the eventual extinction of all citizens.  They have established the Isle of Man as a prison colony, and citizens found guilty of a crime are sent there.  They don’t come back, and they don’t escape.  Parliament acts in an advisory capacity; judges rule in criminal cases without any jury. And of course, there is a secret police organization.
As people grow old and need more care than is available, they have the opportunity to engage in “Quietus”, wherein older people may “voluntarily” elect to go aboard a special vessel that goes out a distance from shore and sinks, with all chained to the deck. Some, it is reported, didn’t actually choose to do this.
Theo is approached by a nice young woman named Julian.  It turns out she is one of a group of dissidents called The Five Fishes. They are determined to upset Xan’s tidy world, by fighting to release the prisoners on the Isle of Man, end the Quietus voyages, and return England to democracy. The other “Fishes” are Rolf, Julian’s husband, Luke, a former priest, Miriam a midwife who for 25 years has had no babies to deliver; and Gascoigne, who is quite clever with explosives.
The Fishes want Theo to approach Xan and ask for various reforms and a more democratic system.  He travels to meet with Xan and his council.  That meeting does not go well.
Theo goes on a long trip for several months in Europe.  When he returns, Julian contacts him.  Gascoigne has been arrested as he tried to blow up the landing for a Quietus ship, and the Secret Police will soon be looking for the other four Fishes.
Julian discloses that she is pregnant.  In a world where no one has been pregnant for 25 years, this is a big deal.  Theo joins the group, and they all take off in the car of a professor friend of Theo’s, heading for Wales, and some place where they can hole up until the baby is born.
That is the part in this tale which is full of adventure and intrigue.  As they drive through the English countryside they encounter a gang of wild Omegas, all with wild face-painting, dancing around their car. They force the Fishes out, beat them, killing Luke, then burn their car. 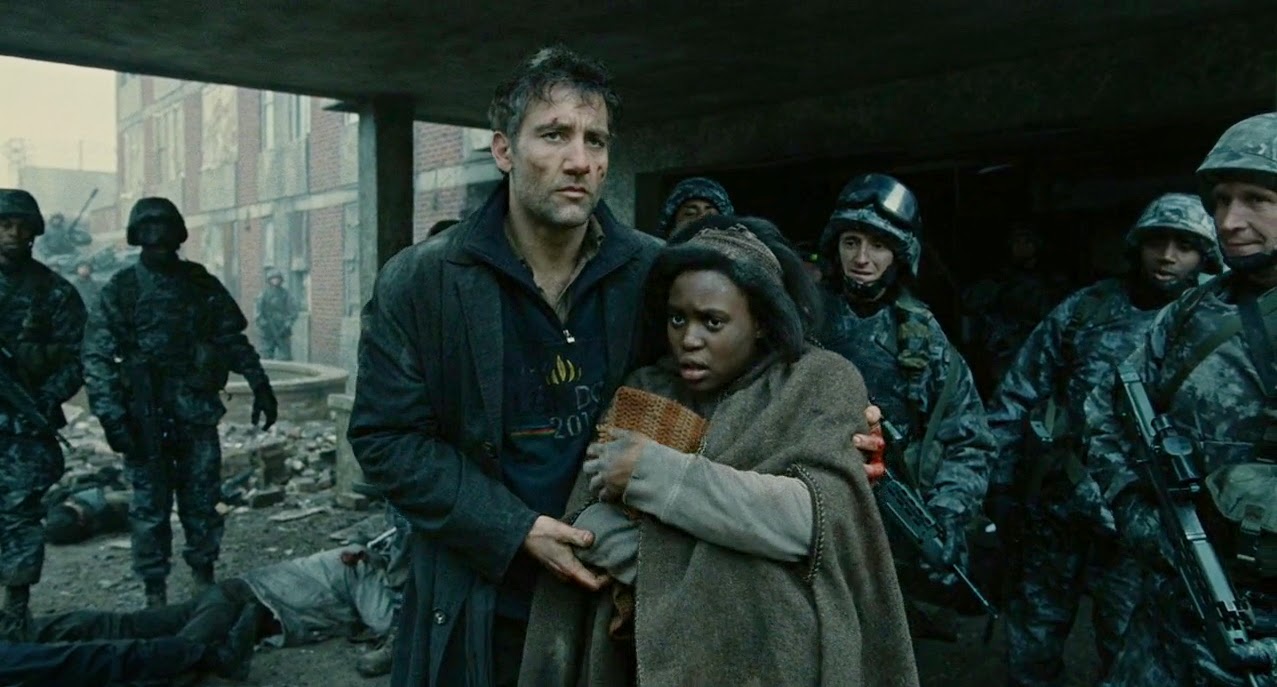 The climax in the tale comes when the Fishes find a place to stop, just in time, because Julian is about to deliver.  She delivers a fine baby boy.  By this time, Julian is the last of the five Fishes—the others have been killed.  Xan arrives on the scene with the secret police, but Theo, who has been carrying a pistol with one bullet since this escape began, kills him.  Theo takes Xan’s huge coronation ring and puts it on his own finger, and takes over England.  Just like that.
What was P.D. James trying to say in this story?  Is she suggesting that modern society, in its effort to reduce “unwanted pregnancies” has over-corrected and created mass sterilization?
What about the ladies with the dogs and cats and dolls in prams?
What about the wild young Omegas?
James’ Children of Men reminds me of Aldous Huxley’s Brave New World, published 60 years earlier, in 1932.  And also George Orwell’s Animal Farm (1945) and 1984 (1949).
Huxley foretold of state control of reproduction and in vitro fertilization techniques, designer babies and a marvelous plan to create a whole population of compliant, willing servants of the state.
Orwell in his two books warned us about Communism and Stalin at a time (at the end of World War II) when increasing numbers in England and America were becoming intrigued by the idea of communism. I read both books when I was a teen ager, and it helped me to look at the USSR with more critical eyes.  I later got to spend two years in the USSR and confirm for myself that Orwell had it right.
These writers are trying to tell us something, and it may be worth it to pay attention.

Wed. Jan. 28, 2015:  History of the Future; how the future was imagined in the past.[Proposed by Janos Posfai] The Guggenheim's "Italian Futurism 1909-1941" paintings exhibit gives the idea. This topic can explore what if a historian, using the same methodology he or she uses to discover the past, extends that thinking into the future? Or, it can discuss what writers in the past, predicted about a future where we now live?  Some fiction will qualify. E.g.:  A History of the Future: A World Made By Hand, novel by James Howard Kunstler, (2014), or George Orwell,  H.G. Wells or Aldous Huxley. 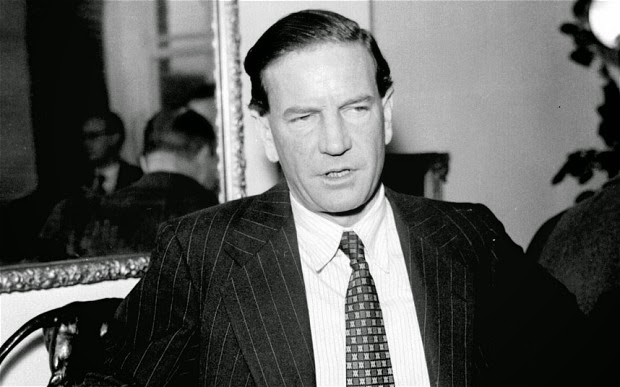 Wed. Mar. 25, 2015:  Immigration to America    [Proposed by Richard Verrengia] They came in waves.  First English Puritans, then English and French Catholics, followed by Germans, and French from Canada, Africans as slaves to work on farms and cultivate cotton, then French, Irish, Italians, and Jews to work in the mills and start their own businesses, and Scandinavians and Italians to work in the quarries, and Italians and Portuguese to build strong fishing fleets. Then the Mexicans, to harvest the crops Then there were the Chinese, to build railroads, and Japanese to work on farms.  They fled their home countries to escape religious persecution, or to earn a living wage, or to escape famine or war.  Now there are all kinds of immigrants from Mexico and Central America, Arabs, Africans, Iranians, Indians, Pakistani and Vietnamese.  Read a book about any part of this amazing history, or home in on a single group.

Wed., Apr. 29, 2015 History of American Music [Proposed by Sam] The richness of America's musical life.  American music is an intricate tapestry of many cultures, with wide array of influences from Native, European, African, Asian, and other sources.  Growth and influence of popular music, including film and stage music, jazz, rock, and immigrant, folk, and regional music.

Wed. May 27, 2015: The History of Inequality.  Wealth and Poverty, Property Ownership [Proposed by Rick Heuser] Look at the 18th century in Europe-- the Czars and the Serfs; the King of France and the sans-culottes; The Soviets preached of a land of equality-- how did that work for them?  How have societies dealt with inequality through the centuries?

Wed. June 24, 2015: The Future of Europe [Proposed by Rick Heuser] Based upon what you know, and what you learn, where is Europe going?  Will it soon be wrapped up in one tight ball, with no borders, everyone using the same Euro (€)?  What about all the guest workers, unassimilated laborers from other continents?  What about the growing numbers of Muslims?

Wed. July 29, 2015: History of the American Family. [Proposed by Richard Verrengia] How has the American family changed since Pilgrim days?

Wed. Sep. 30, 2015:  Charismatic leaders in History.[Proposed by Janos Posfai] What were the keys to Hitler’s, Churchill's, Mussolini's, FDR's successes? Keen perception of public moods? Oratory abilities? Character, firm ideology? Connecting to the people? How did they deploy their charisma? How could Napoleon manipulate the masses without TV ads? Why were people so perceptive to a madman in Germany? Intriguing and recurring questions.
Wed. Oct. 28, 2015: Show Trials in History. .[Proposed by Janos Posfai]   Read how nations and leaders have used a well-publicized court trial to serve another need, like demonstrating power, making peace, deflecting responsibility, etc.
Examples: Trial of Socrates; Martin Luther at the Diet of Worms; Sacco Vanzetti; Nuremburg War Crimes Trials; Julius and Ethel Rosenburg; Trial of Nicolae and Elena Ceaușescu;  Saddam Hussein in Iraq;   Stalin’s NKVD show trials; Trials in Stalinist Hungary like Cardinal József Mindszenty, oil executives, L. Rajk.

Sam Coulbourn
Posted by The Personal Navigator at 6:30 PM