A Future for our Meadow

The Future for Millbrook Meadow
and Mill Pond 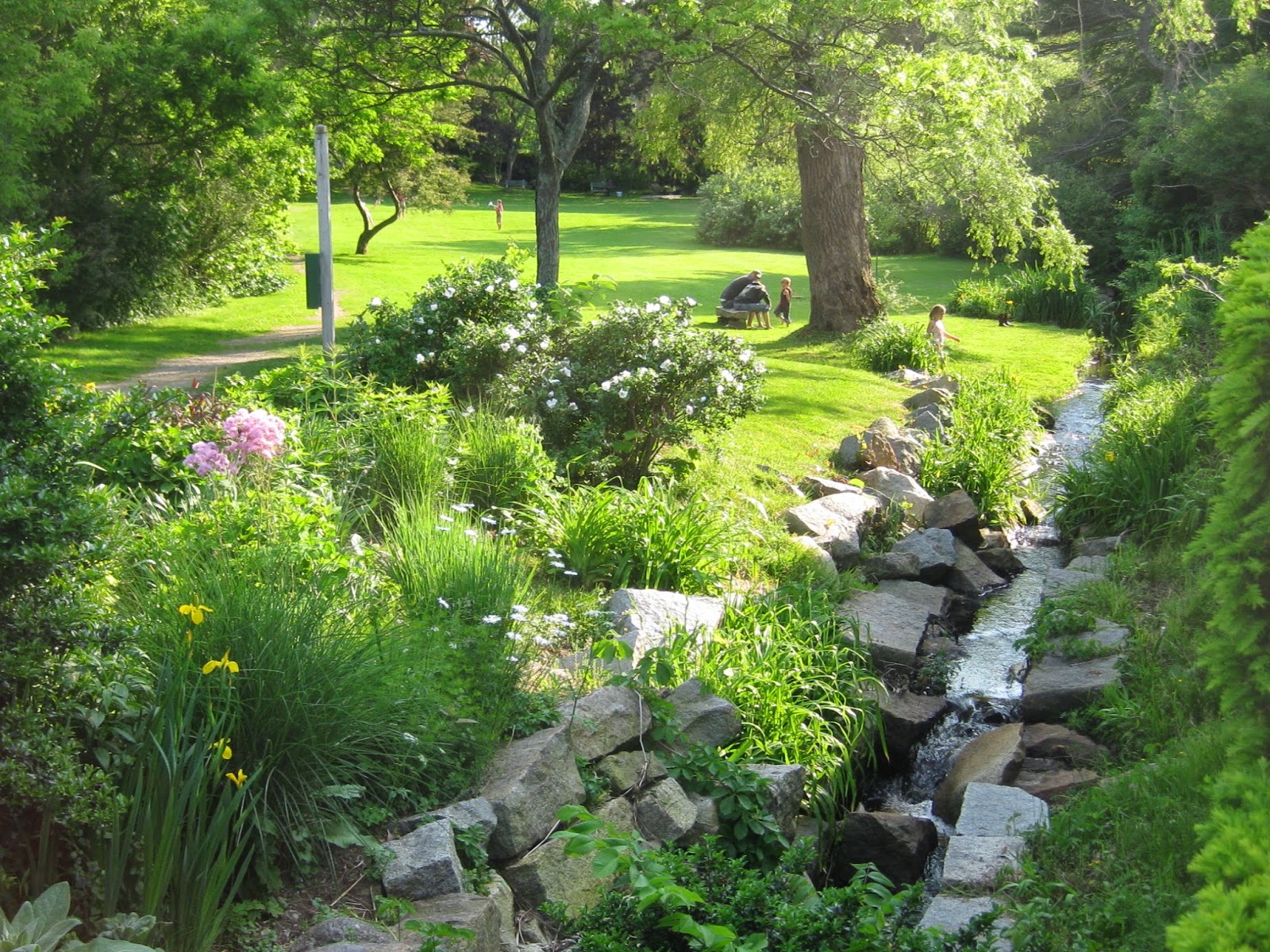 Visualize that brook, widened and shifted a little to the left.

After seven months of study, drilling, testing, measuring and working with Rockporters, Milone & MacBroom (MMI), Contractors, delivered their report, and offered concepts for the restoration of Rockport’s Millbrook Meadow and Mill Pond.

Jason Williams, Project Manager, told the audience of some 57 Rockporters Wednesday night that they won’t like all the ideas the team offers.  Some ideas they may hate.  However, some ideas may make people think, and ask themselves, “Why not?”

Rockport’s Department of Public Works and Millbrook Meadow Committee began the project with MMI as the contractor last December, and the contractor will complete the first phase with a Master Plan, expected in August.

Here are some of the high points in the concepts MMI recommended:

Mill Brook:  The current stream bed is much too narrow to handle all the water that flows down from the Millbrook watershed after a rain event.  At its narrowest point, near Beach Street, the brook is 24 inches across.  MMI recommends rebuilding the bed to allow a width of 15 feet.  During normal times, with no recent rain, the stream will be confined to the middle part of the bed, flowing in a slightly sinuous course with riffle pools, over a gravel, sand or cobble substrate.
Where now the brook is soggy at the edges, and where rain storms cause it to flow over its banks, the new brook will enable people to walk across stones at one or two places to reach the opposite bank.  The course of the brook will move slightly away from the edge of the Meadow so that people can walk on the opposite side, and that side will be sloped more gradually, to allow maintenance.  In place of the invasive plant life there now, they recommend planting dogwood trees.

Mill Pond:  MMI recommends dredging the part of the pond nearest the dam to its original depth of eight feet.  This will mean removing four feet of sediment that has built up over the years—some 5000 cubic yards.  They also propose to remove half the large field of cattails.  Restoring part of the pond to eight feet will enable it to be stocked with fish again.  Cost for such dredging estimated at $300,000. 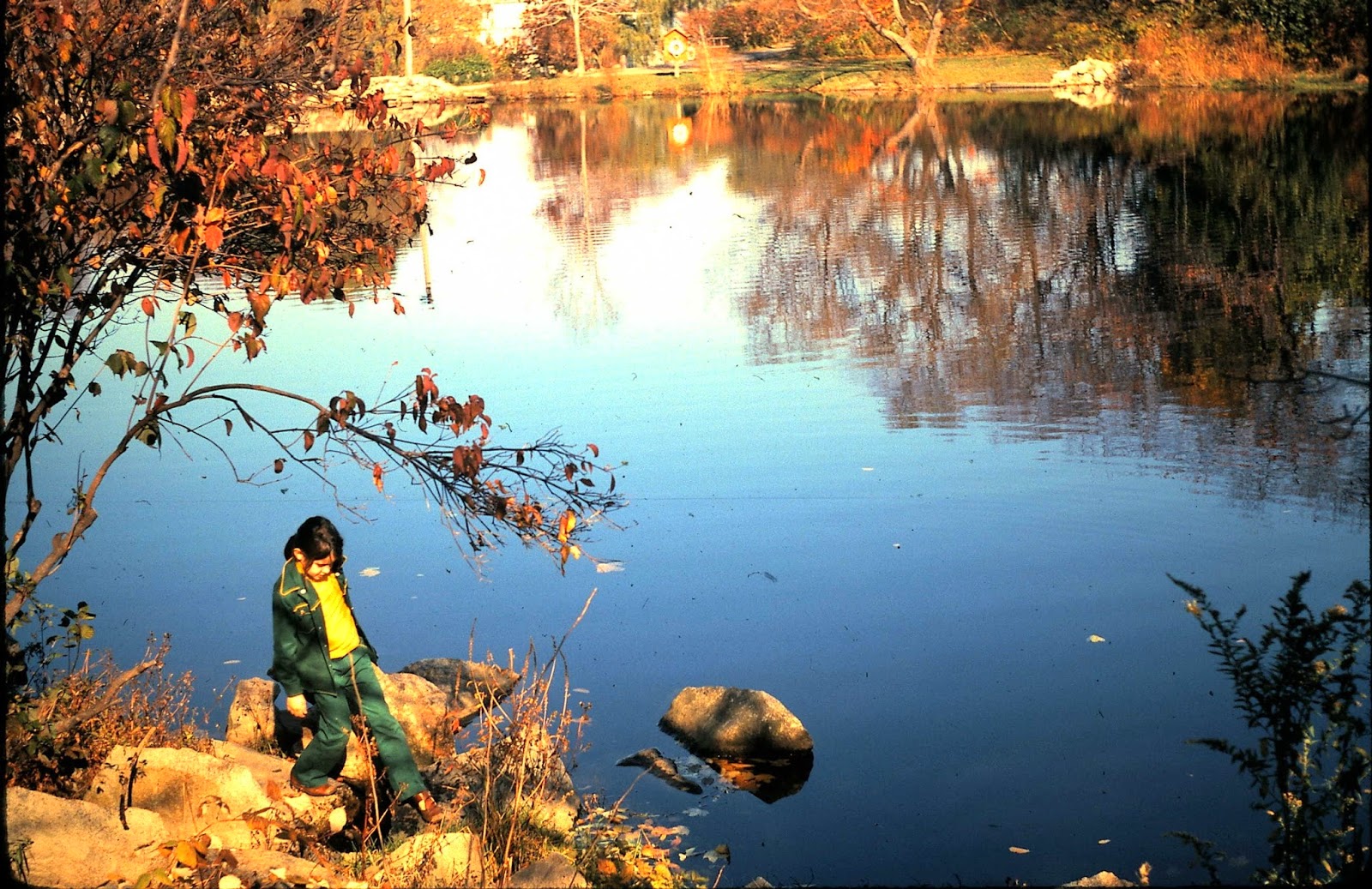 Young Paula Cole at the edge of the Pond, 1975. Notice
how clear the Pond was nearly 40 years ago!

Meadow:  When the new dam was built, it was designed to “over-top” in heavy rain events, like the one in May, 2006 that destroyed the old dam. That means the water in the pond will flow over the top of the dam and down into the Meadow, scouring out whatever is in its path.  MMI offered a solution to this by providing a dry creek bed design through the Meadow and into the Mill Brook downstream.  The creek bed might be lined with stone, and provide another interesting feature for the Meadow, and an inviting place for children.
The adjacent parking lot is sloped toward the Meadow and tends to flood the Meadow path, even though it has a catch basin at the edge of its property.  MMI proposes to build two “rain gardens”, or detention basins alongside the Meadow path to capture this runoff.

Performance Pavilion:  One concept showed an area for performances, with a stone-work circular stage and granite slabs forming an amphitheater.

Trees:  The willow trees have lived beautiful lives but now pose a danger as their interiors are dying and rotting.  MMI recommends replacing them with nice young willows which will grow rapidly and provide shade and elegance to the Meadow. One concept drawing shows a row of willows from the Beach street entrance toward the center of the Meadow.

Frog Pond:  MMI recommends restoring the little pond to its former beauty, by dredging it and removing most of the cattails.  The edges of the pond would be rebuilt to allow visitors, particularly children, to approach it more easily.

Path around the Pond:  John Sparks began this idea, of creating a walking path around the Mill Pond.  He advised an Eagle Scout project which carved out 120 feet of path from near the dam to Union Cemetery, and allowed visitors to see parts of the Pond they had not been able to reach before. MMI has offered concept drawings of various options using boardwalks over wetlands.  Cost of such a boardwalk could run up to $300,000.

Entrance:  Make it more noticeable, perhaps with a wrought-iron arch, and granite paving stones. Perhaps willows on each side of the path, leading into the Meadow.

Accessibility:  In order to make it possible for people in wheelchairs to travel from the Meadow to the dam, rebuilding of the stairway and ramp to Mill Lane might be required.

Beach Street Culvert:  MMI provided pictures of the tangled mess of pipes and rocks in the culvert that carries the Mill Brook to Front Beach.  This will be a project for the Department of Public Works to coordinate with Massachusetts Highway Department.

Next steps:  Rockporters are encouraged to examine the details of these concepts and offer their own reactions, ideas and suggestions.  Millbrook Meadow Committee and the Rockport Millbrook Meadow Conservancy are collaborating with the Department of Public Works to develop and update a plan to move forward with restoration.  This will involve soliciting donations from the public, and additional warrant articles for requesting construction funds.
For more information on MMI’s “Future for the Meadow” concepts, see http://www.miloneandmacbroom.com/project-center/projectcanter_detail/Millbrook_Meadow_Mill_Pond_Restoration_Rockport_Massachusetts.aspx 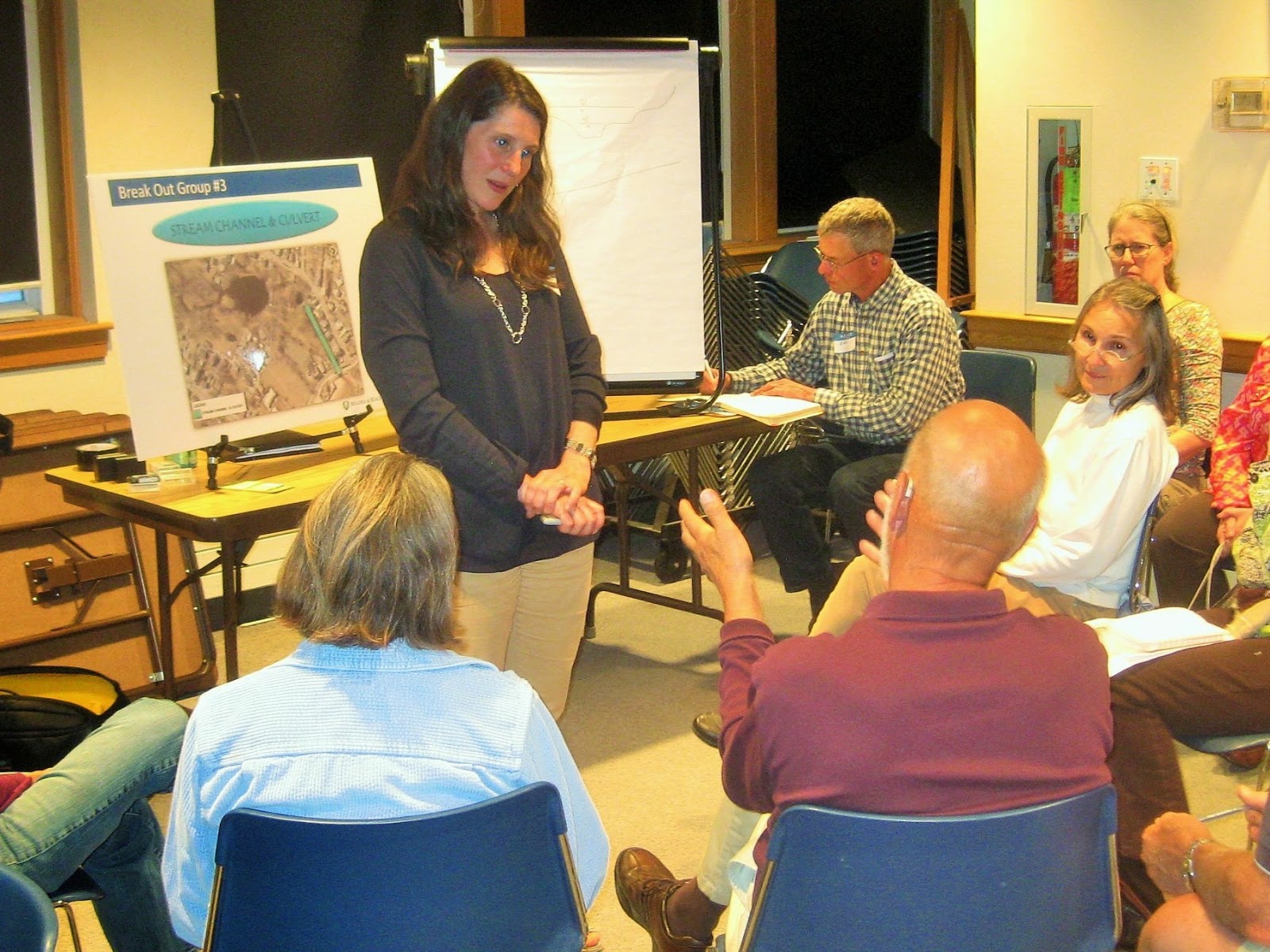 Elsa Loehmann of Milone & MacBroom delivered recommendations for hydrology and hydraulics in the Mill Brook and Mill Pond.  Photo shows her at earlier Visioning session at Rockport Public Library (May 21, 2014)

Posted by The Personal Navigator at 6:23 AM