and —
the Odd Couple? 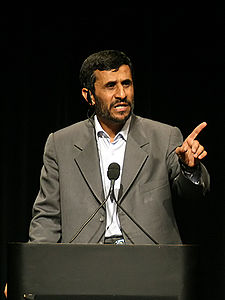 Ariana Huffington, in her HUFFPOST for Wednesday, June 13, 2012 wrote:

Arianna Huffington: With the war there officially "ended" and most of our troops back home, isn't getting much ink these days. But the story is far from over. And 's closest partnership is no longer with the but with its Shiite neighbor, . I point this out not to add to the fear-mongering and saber-rattling currently fashionable in D.C., but to highlight the absurdity of rattling those sabers at Iran without acknowledging the role our disastrous war in Iraq played in making Iran more powerful. "The war in will soon belong to history," proclaimed President Obama as he marked the occasion of bringing the last troops home. But while the military chapter of that disastrous undertaking might belong to history, its consequences belong very much to the present.

To my mind, it’s unfortunate that Ariana is so filled up with dislike and disdain for the work of George W. Bush, in invading Iraq.
She joins a great gaggle of like-minded folk, and that is her privilege.  However, I can’t forget all the Kurds and other Iraqis that Saddam Hussein murdered, using “weapons of mass destruction” on his own people.  I can’t forget that he had established himself as an outlaw in the world, and an outspoken enemy of the .  Although he seems to have cared little for Islam or religious matters, when it came to joining in Jihad against the , he wanted to be Number One.  President Bush saw him as a clear and present danger to the , and took him out.  In removing Saddam and his circle of Sunnis, the majority Shiites finally came out into the light in .
It’s not terribly surprising that Iraqi Shiites, now that for the first time in many years are the ruling class, would seek out their fellow Shiite neighbors to the east, even though in previous decades the fact that Iraqis are Arabs and Iranians are Persians meant a whole lot more.
However, almost exactly coinciding with the end of the Cold War, Muslims world wide have gotten a new whiff of something exciting.
Ariana writes about the “saber-rattling” circles of , and how the prospect of any unity between and is first ironic, and then, dangerous.  I agree with Ariana that a simple reaction to such a union might be to rattle sabers, since some have tried to paint the poor Iranians as the modern-day bête noire, a rather weak replacement for the Soviets of the .
Before we leap to too many conclusions, we should watch how Iraqi-Iranian cooperation plays out.  It could be a very interesting match, and it is certainly not a foregone conclusion that the two nations will live happily ever after.  They have too much bad blood between them.
In the meantime, official seems to fret and stew over the Iranians’ development of a nuclear weapon.
I suspect that in the quiet recesses of the Israeli government, and the government, there is an awareness that the Iranians are going to have several unfortunate things happen to them before they can produce their dream weapon.
I don’t know what those unfortunate things are, but I have a feeling that the Iranians are playing with something that they do not fully understand, and it will do them more harm than anyone else.
Although has made loud remarks about wiping off the map, the Arabs of Saudi Arabia, and other Arab countries, don’t trust the Iranians.  The Pakistanis don’t trust them.  And all over the world, especially in the , are hundreds of thousands of Iranians who would dearly love to reclaim their old country, and reclaim their motherland from the mullahs.
An that rid itself of old bearded men who dream of taking the nation back to the seventh century could become a jewel in the , with trading partners all over the world, and all the ingredients for becoming an important member of the Free World. 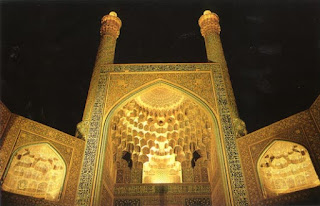 Now, the Personal Navigator would like to change the subject, to books and papers I offer for your enjoyment: 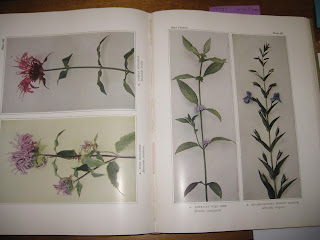 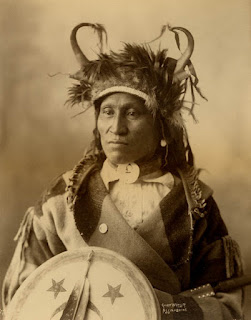 “Attempts to Christianize the Indians”

Connecticut Evangelical Magazine, Volume III; bound volume of numbers 1-12, from July 1802 to June 1803; Williams, Nathan, D.D. Editor et al 1803 : Hudson and Goodwin, Printers. Evangelical magazine by Missionary Society of Connecticut to support of missions in the new American settlements and among the heathen. Report on “Attempts to Christianize the Indians”, including memoirs of Rev. John Eliot; Thomas Mayhew among the Indians on , continued from Vol. II.  On the Revival of Religion in Yale-College, .  On the Comfort of the Holy Ghost. Reflections on God's Feeding his ancient church with Manna. Revival in Middlebury. Thoughts on the Angel of the Lord. Memoirs of Miss Deborah Thomas. Extract of a Letter from Rev. David Bacon, Missionary to the Indians, dated Machilimakinak, July 2, 1802. and Chippeways. Account of Japhet Hannit as teacher of the first Indian church on .  Life and dying exercises of Mrs. B-----, who died July, 1802 in one of the towns of the state of in the 30th year of her age.484 pp. w/ index 12 x 21 cm. Calf on board, worn,  pencil  notations on front inside pastedown. Good. (4844) $74.00. Religious

Connecticut Evangelical Magazine, The; Vol. IV, Consisting of 12 numbers, to be published monthly, from July 1803 to June 1804 Williams, Nathan, D.D.; Smalley, John, D.D.; Day, Jeremiah, D.D.; Trumbull, Benjamin, D.D.; Parsons, Elijah, D.D., et al, Editors  1804. : Hudson & Goodwin Bound volume of twelve issues of Evangelical Magazine.  "Attempts to Christianize the Indians  in New-England & c." continued from the previous year.  Mention of attempts by Romish priests, which are opposed to actions of Protestant priests, include "teaching them the Pater Noster and rubbing a few beads, then baptising them."  In November 1803 issue is description of Religious exercises in the Indian Congregations, from a letter from Dr. Increase Mather in 1687.    Before he died, Rev. Mr. Atwater of wrote an Advice for his only son, William. That advice is published in the October 1803 issue.  Report of Revival of Religion in , in 1799.  "Reflections of a Youth once dissolute, brought to serious consideration" published in April 1804 issue.  484 pp. 12.4 x 21.5 cm. Whole calf on board, edges lightly worn, text block slightly fanned; contemporary signature of Elijah Loomis written three times on front endpapers, with "Cost 11/". Text block tight, slight foxing.  Good copy. (5260) $66.00. Religious/Missionary

Posted by The Personal Navigator at 3:17 PM