RINO — Republican in Name Only 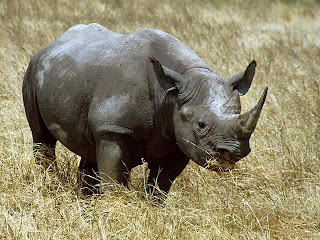 Snow is leaving the playing field.  Senator Snow (R-ME) had a long-standing reputation as a moderate Republican, and rabid, snarling “REAL” Republicans ridiculed her.
Mitt Romney, when he was governor of the , came across as a moderate Republican.  Being a Republican of any stripe or degree in the Democrat-filled state of is a sticky wicket, but this is a tough place to make a big stand for right wing values, like:

That list of “antis” may suggest a negative cant to one’s political stance, and I’m sure others can put the position of a right-wing Republican in a far more positive way.
However, as we roll toward November and the General Election, we have all been exposed to months of back-and-forth chatter amongst the Republican candidates about the above issues and several more.  And perhaps most of us, regardless of whether we are Democrat, Republican or something else, are fairly fed up with it all.  I know I am.
First, I reject someone else deciding I am not Republican enough, or not Catholic enough; not man enough, American enough…..  We each have our likes and dislikes, and our values.

For my part, I think President Obama is doing a pretty good job, and I think he is a good man, who has his heart in his job.  There are things about Democrats, or Progressives, as they like to call themselves, which bother me, a lot.  However, many Republicans seem to be hung up on things with which I don’t identify.
I could never identify with Rick Santorum.  To me, he seems like the most grotesque caricature of the Republican who embodies all those “antis” I listed above.  He has plumbed the depths of our differences with his words.  While it may get headlines, and make grown men and women want to claw each others’ eyes out, our election should not turn on the question of who is getting contraceptives for free.
Likewise, I cannot take Newt Gingrich seriously.  He is bright, and in another day, could have been a convincing candidate.  But when I think of him standing there in the House of Representatives, castigating President Clinton for his sexual athletics… while Newt himself was apparently having an illicit affair with a young assistant—that is hard to take.  And then, as if to stick it in the eye of every American, to traipse across the country with that same woman, Calista--- that’s a show stopper.  For me.
So then we come to Mitt Romney, and it bothers me that the man has to do all manner of contortions, stretching to be this, to be against that, to try to act like one of the plain working stiffs, to protest that he is really the sternest kind of arch Conservative…. when we believe that he is really a moderate.  And, from his performance as Governor of Massachusetts, I believe he is a sober, sensible, intelligent man, who can actually work with Democrats as well as Republicans.
However, the Republican Party these days seems to be ruled by a noisy minority of loud-mouthed people who are heavy on the “anti”. I fail to see in them the suggestion that the most important attribute is simply being an American.
So, I guess that when I vote, I want to pick the candidate who is most likely to lead a country of Americans, to help us all to be the best sort of Americans we can be.

What does that mean?

It means protecting American values, and they are nicely catalogued in our Constitution.
It means having laws that are fair, a tax policy that is fair, encouraging development, economic prosperity not just for the top tier, but for all those who want to work, and prosper.
It means getting our economic house in order, which will call for sacrifice, but not one scintilla of suggestion that we are going to coddle the very rich at the expense of the rest of us.
It means a foreign policy based upon knowing the world, being aware of the world, and wanting to work with the rest of the world.  It means NOT adopting a foreign policy based upon xenophobia, or ignorance of other nations and their history, or eagerness to procure and use up expensive weapons.
We should maintain a strong military force, but be sensible about using our smartest diplomatic skills before sending men and women to fight.
It means adopting a policy toward illegal immigrants that accepts the fact that our processes and policies have encouraged and protected illegal immigration.  We must find a way to ensure that people come to only by legal means, and all others are turned back.  But we cannot blame the illegals already here for the shortcomings of our enforcement in the past.
But most of all it means encouraging each American to work toward making our country the brilliant, shining jewel that has so often stood as an example to the world. 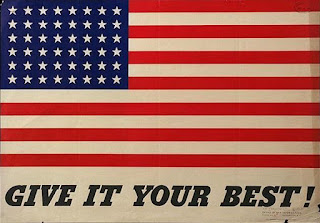 Gold, American Edition, Monday, January 1, 1945 , Papua-New : Army/Royal Australian Army. This unique World War II newspaper, published in and flown daily to and Australian troops all over South West Pacific command, often scooped the world, since General MacArthur released his communiqués to them 20 hours before they were released to the world press.  This issue's lead story, on first day of 1945:  "German Salient Shrinking: Says Patton's Attack Now ’A Major Offensive’". Report from that two Russian envoys, carrying white flags were shot yesterday while carrying out negotiations for the surrender of the Germans and Hungarians in besieged .  "Must Occupy to Win Peace, Says Nimitz." C-in-C Pacific Fleet Admiral Nimitz stated from Saipan Sunday that will have to be occupied to win the peace. "Archbishop of is Regent; Prime Minister Papandreou May Resign." Report from : Nazi Seapower has been virtually destroyed by the Royal Navy in 1944.            4 pp.     26.2 x 39 cm. Newspaper,  small tears in folds, fair. (8208)          $39.00. World War II

Gold, American Edition, Saturday, December 30, 1944       , Papua-New : Army/Royal Australian Army. This unique World War II newspaper, published in and flown daily to and Australian troops all over South West Pacific command, often scooped the world, since General MacArthur released his communiques to them 20 hours before they were released to the world press.  This issue's lead story:  "New Hungarian Government Declares War on Reich, Says ." New provisional Hungarian government is set up in Debreczen in east . German troops in have been ordered to hold out to the last man. "Churchill, Leave : Will Recommend Regency to Greek King" Sides (left wing ELAS and right wing EDES) agree on formation of a Regency. Report from SEAC HQ in , : British forces striking through Arakan, southwest , towards main Japanese have reached the tip of Mayu peninsula and are now bombarding island positions.  Report from GHQ SWPA in : The heavy toll of Japanese annihilated on Leyte was increased further yesterday when 912 of the enemy were killed by forces mopping up in the west part of the island. Noted Berlin Bookseller hunted by Gestapo for using bookstore to distribute millions of anti-Nazi leaflets. 4 pp.        26.2 x 39 cm. Newspaper, small tears in folds, fair. (8207)         $39.00. World War II

Gold, American Edition, Sunday, December 31, 1944          , Papua-New         Army/Royal Australian Army. This unique World War II newspaper, published in and flown daily to and Australian troops all over South West Pacific command, often scooped the world, since General MacArthur released his communiqués to them 20 hours before they were released to the world press.  This issue's lead story on last day in 1944:  "Von Rundstedt Falling Back: Patton 20 Miles From 1st Army; Huge Nazi Losses." Report is from SHAEF. "Chinese Cross Border into SW China: Link Up Likely"-- report from SEAC HQ in . "Scobie Begins New Attack on Greek Left Wing Guerrillas in " is report after Greek political factions failed to reach a solution to the Greek trouble. "Wave of Isolationism Again Sweeps Nation: Leaders Worry"--report from . Basis is distrust of power politics in .  Report from : "Wives Celebrate Christmas by Murdering Three Husbands". Woman in killed her husband with an axe after he got drunk and knocked their children about.  Woman in shot her husband with a rifle, then said, "I know I am a dead pigeon but I did get the duck ready for Christmas dinner."  The third woman, in , found her husband was having affairs with other women. She got him drunk, strangled him, and dismembered his body. 4 pp.      26.2 x 39 cm.    Newspaper,  small tears in folds, fair.     (8206) $40.00. World War II

Houses of Parliament package:  A short guide to the Palace of Westminster, a pass to the Dominions' Gallery (front row), and 12 pages of oral questions for the House of Commons, January 23, 1945 by Fell, Sir Bryan H., K.C.M.G., C.B. 1945 London, England: The Lord Great Chamberlain and the Speaker of the House of Commons. Booklet is guide to the Houses of Parliament, with excellent photos, including several showing bomb damage from Nazi attack on .  Pass issued to Sgt. Woolf for 1-23-45. Twelve pages of questions for Commons for 1-23-45, give good idea of a typical day in the Commons in World War II. 78 pp. 12 x 18 cm. Booklet with name "Henry Bosley Woolf, , 23 Jan 1945" written on cover, very good. Card and questions also very good. (5704) $39.00. History/England

Contact me at scoulbourn1@verizon.net
Posted by The Personal Navigator at 3:23 PM