The Fall of the Ottomans

The Fall of the Ottomans 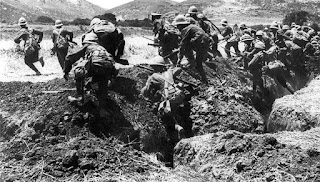 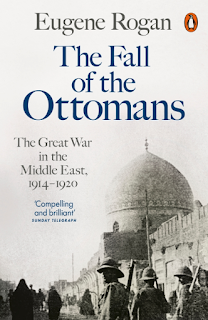 This story of the fall of the Ottomans reveals a lot of things that have been obscured by traditional telling of the story of The Great War of 1914-1918. Eugene Rogan has produced an exciting, carefully researched book.

While we Americans focused upon U.S. involvement in the war, 1917-1918, and Europeans focused on the stalemate in France more war was raging in the Ottoman Empire, from Morocco in the west to Persia in the east, and including what are now called Israel, Jordan, Syria, Turkey, Greece, Cyprus, Iraq, Armenia, Azerbaijan, Yemen, Saudi Arabia, Egypt, Lebanon, Iran, Macedonia, Bosnia, Serbia, Croatia and more.

The Fall of the Ottomans, which began almost exactly a century ago, is so connected to the history we have experienced since World War II, from the creation of the State of Israel, the Baghdad Pact, the shattering of Yugoslavia, War between Iraq and Iran, the creation of a modern, secular Turkey, the alliances of Middle Eastern countries with the USSR or the United States, the Suez Crisis, all the wars between Arabs and Israelis, seizure of Kuwait and Desert Storm in Iraq, Al Qaeda attack on the U.S., U.S. invasion of Afghanistan and Iraq, Arab Spring beginning in Tunisia in 2010, the fall of Muammar Qaddafi in Libya, resignation of Hosni Mubarak in Egypt, the start of the Syrian Civil War in 2012, and ISIS. If you pull out any of those events to examine them, you find connections to others that go back to 1920 and earlier.

Just in the last few days, President Trump has informed Turkish President Recep Tayyip Erdoğan that the U.S. will no longer provide arms to Turkish Kurd troops.  The Kurds have been enormously helpful in defeating ISIS in Syria and Iraq, but Turkey fears Kurdish moves to form a new state of Kurdistan.

The Ottoman Empire. The organization of peoples which would someday be called an Empire began as a principality in Anatolia in 1299.  It was Sultan Mehmed II (1451-1481) who began to accumulate power.  In 1453 the Ottomans attacked Constantinople (present-day Istanbul) and ended the Byzantine Empire. By taking over the remnants of the old Roman Empire, the Ottomans had arrived.
During the 16th and 17th centuries, under Suleiman the Magnificent, the Ottoman Empire rose to its high point, ruling over most of southeastern Europe, parts of Central and Eastern Europe, Western Asia, the Caucasus, North Africa and the Horn of Africa. Imagine this collection of Arabs, Greeks, Turks, Armenians, Serbians, Assyrians, Africans, Albanians, Hungarians, Macedonians, Jews, Catholics and Muslims all together in one empire!
A long period of peace n the 18th brought about weaknesses and the Empire declined in strength, but then a modernization effort called the Tanzimat took place. Starting in 1839 and ending in 1876, the Ottoman Empire completely overhauled itself, creating a financial market and currency compatible with the European model, reorganization of the military services, inclusion of non-Muslims, creation of a civil and criminal code modeled on the Napoleonic code, creation of improved public education and universities and establishment of a Meclis, or parliament.
By the start of the 20th century the modernized Ottoman Empire was a considerable power in the world, and this was before the automobile created a world demand for oil that would make the Middle East crucially important.
The Ottomans allied with Germany early in the 20th Century and the Germans, who did not have many Muslims in their colonies, looked to the Ottoman Sultan to promote an Islamic holy war. However, as we see today, stirring up Muslims can work in many directions, as Shiites go against Sunni, and Sufis and Wahhabis get in the crossfire. At the time, Arabs in the Ottoman empire were promoting revolt against Constantinople.
As war broke out Turkey maintained quasi-neutrality, while allowing German warships to enter the Dardanelles. Then they mined both ends, and the Bosporus as well, to prevent Russians from leaving the Black Sea.
Ottoman forces were concentrated in the Straits, so the British attacked Turkish coastal cities in the Aegean Sea, and in the Mediterranean down to Syria.
The British determined to invade Constantinople by landing in Gallipoli in the straits.  This was an idea strongly pushed by Britain’s Winston Churchill and resulted in British defeat by the Ottomans, and the killing of thousands on both sides.  At the Naval Academy we studied this battle because it contained so many lessons of how not to fight.
The start of the Great War in 1914 meant the acceleration of troubles with Armenians. Armenians in Ottoman territory left for Russian territory en masse. Some 50,000 Armenians in the Ottoman army deserted to Russia. The Russians used their religious influence over Ottoman Christians, especially Armenians and Greeks.  Russians were doing their best to stir up hatred between Ottomans and their Armenian subjects, and in 1915, led by the Committee of Union of Progress, the shadowy organization that was directing the Ottoman war effort, orders went out for the mass murder of Armenians. 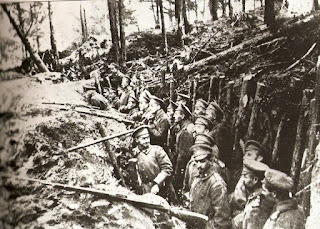 Russian Troops in trench at Sarakamis
In December 1914 Ottoman leader Enver Pasha ordered Ottoman troops to attack Sarakamis, in northeastern Anatolia, in the province of Kars, once Ottoman, now in the hands of the Russians.  Although the Turks outnumbered the Russians, Enver ordered his troops to pack light, assuming that they could get all the food and warm clothing they needed in Sarakamis. It was brutally cold, with much snow, and the Russians easily defeated the Ottomans, who lost 60,000 to 80,000 of a force of 90,000.  The German general advising the Ottomans had advised against this mission.
When the British saw how badly the Ottomans had been defeated at Sarakamis, they rushed to prepare for what would be the greatest amphibious operation to date.  Their preparations were incomplete and inaccurate and resulted in defeat for the British and French. There were many stories of heroism on both sides.  A young leader of the Ottomans in that battle, who later became known as Kemal Ataturk, distinguished himself here.
The Ottomans, facing the Entente Powers at Gallipoli, and following defeat at Sarakamis and threats from all the edges of their empire, turned on the Armenians, long a despised people in their empire, and often supported in treasonous acts by the Russians.  There were incidents of Armenians raiding Muslim villages and killing men, women and children and burning copies of the Quran.
However, the systematic annihilation of the Armenians was far beyond any reprisal.  Rogan calls it what many have called it, Genocide.  From 1 to 1.5 million Armenians were murdered by the Ottomans.
The Great War ended in 1918, and the Treaty of Versailles was signed in 1919.  It was not until 1923 that the Ottoman Empire was eliminated, after wars with all the neighbors, defeat in Mesopotamia, Jerusalem, and partition at Versailles in which the Armenians, Arabs and Greeks won large parts, France was awarded supervision of Syria and Lebanon, the British Arab lands and Palestine, and Greeks western Turkey.
In July 1923 what remained became the Republic of Turkey, led by Kemal Ataturk, and the borders of Turkey that we see today became law.
And that was the end of the Ottoman Empire.
---
Eugene L. Rogan is Professor of Modern Middle Eastern History; Fellow of St Antony's College, Oxford University. 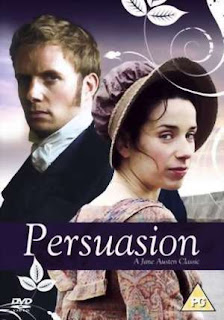 Posted by The Personal Navigator at 11:26 AM