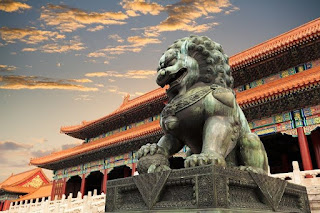 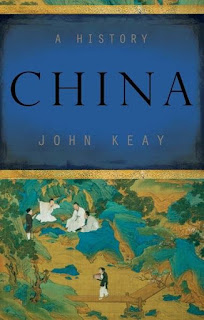 Thank you, Walt Frederick, for your very interesting approach to China. John Keay leads in to China, by starting with the China that exists today. New economic resurgence has swept over China, emphasizing some features, and air-brushing out others, for an audience both domestic and foreign.

Gone are the cadres of farmers, marching militantly to work, the relentless propaganda, the little red books and the huge portraits of Chairman Mao Zedong.  It’s a new China, with lightning-fast rail service, new cities popping up, and bright young people filling up the lecture halls at MIT,
Harvard, CalTech, Oxford and Tsinghua. And of course, in many, many ways, there’s the old China.

As we delve into the history of China, we quickly learn how much we don’t know that we should.  How do you pronounce “Qin” dynasty or “Shaanxi” province? 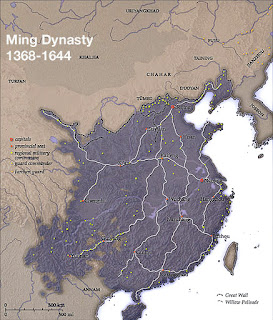 Zhu Yuanzhang, a penniless orphan joined a rebel band, then quickly gained a leadership role. More and more joined and then the band, now an army, invaded and captured Nanjing in 1356. That would remain his base and stronghold for the next 40 years.

Zhu was ugly and ignorant, but he was a good listener and a quick learner. He began a four-day battle with a neighboring warlord in 1363, and when he won, ever more armies and navies flocked to his side. By 1366 he had control over the whole Yangzi basin and had emerged as the obvious heir to the Yuan empire. In 1368 he made a formal declaration of his own dynasty, which would be called Ming, meaning brilliant or effulgent. In that year his forces entered Dadu, the capital of the previous emperor, Yuan Shundi, who had fled north to inner Mongolia. For the first time in centuries, China had a Chinese emperor. He renamed Dadu Beiping, a Pinyin rendering of “North Pacified”.

By 1371 only Yunnan (adjacent to Myanmar) remained in Mongol hands.  In 1382 it was overrun, and when it was a bright 11-year-old Muslim boy was captured, castrated and renamed Zheng He. He became a favorite of the new emperor. Soon this Yunnanese Muslim eunuch would command China’s greatest maritime enterprise.

Zhu Yuanzhang, the Ming Emperor, grew more and more paranoid and his rule became worse than the Yuan Mongols before him. Not a day would pass when there was not a mass execution, and frequently Zhu would witness a severe beating, perhaps to death, of some staff member. In 1393 a long-serving general offered a word of complaint and he was immediately executed.

Zhu died in 1398 and was buried on a mountain near his capital of Nanjing. The empire sighed in relief.

The new Emperor Yongle in 1403 announced that he was sending a fleet to the western ocean. Admiral Zheng He, the Muslim eunuch, would command China’s first armada. The first voyage sailed in 1405. In all, the Chinese made seven voyages, each lasting about two years, and all commanded by Zheng He. These voyages included 100 to 300 ships and some 27,000 men. Fifty or so ships, called “Treasure ships” were huge—three to five times the size of those sailed by Columbus or Vasco da Gama, and displacing 20,000 to 30,000 tons.

This armada sailed down the China coast, visiting Champa (now Viet Nam), the Philippines, Malacca, Sumatra, into the Indian Ocean to Calicut in India, Sri Lanka, the Maldives, Djofar (now part of Oman) and other ports in modern Kenya. People in this vast area saw Chinese power and mercantile excellence, but except for some conflicts in Viet Nam, there was no combat or attempt to conquer territory.

At this time the Ming Court carried out a huge tribute enterprise, with land trains or caravans crossing from Herat, Samarkand, Burma, Korea and Tibet, one after another, bringing precious metals, jewels, spices, ostriches, elephants, rhinoceros, giraffes. They returned with silks, silver and paper money.

All of this trade generated great respect and appreciation for the Chinese.

In 1436 the Ming Zhengtong emperor ascended the throne. He was eight years old, and loved to play with soldiers. When he became 21 his tutor, Wang Zhen, a eunuch, became his head of security.

In July 1449 Esen, the Mongol leader, launched a large-scale invasion of China. They crushed a poorly-supplied Chinese army just inside the Great Wall.

Wang Zhen determined it was time for the young emperor to go to war.  Emperor Zhengtong appointed his half-brother as regent and with a hastily formed army of 500,000, with the eunuch as a field marshal, marched west to Datong, near the border with Mongolia in Shanxi province.

The Chinese entered Datong with little opposition, but reports began to come in of fierce warfighting by the Mongols, with many Chinese deaths. After two days they abandoned the city and gave up the idea of invading Mongol territory. The army began a march back to Beijing, but became mired in heavy rain. The generals wanted to halt and send the Emperor back to Beijing for his safety, but Wang Zhen overruled them. The Minister of War, who was afraid of horses, kept falling off his horse.

As the Chinese army camped at the post station of Tumu, Esen’s cavalry of about 20,000 descended upon the Chinese and killed many thousands, while many others escaped in disarray. All the generals were killed; Wang Zhen was killed by his own officers. Esen’s troops captured the Emperor and attempted to use him as ransom to invade Beijing, but the general in charge at Beijing rejected the offer, saying that the country was more important than an emperor’s life.  Esen kept Emperor Zhengtong for four years, then released him.

That whole mess is called the Tumu incident.

Reading about the Ming Dynasty it appears that eunuchs played a large part in government. At times they were forbidden to hold jobs, but often they ruled segments of the Imperial court with an iron hand.
As the Ming Dynasty entered the 16th century, there was a time when Chinese ports were closed to foreign trade, but there was much black market trade. Finally, China began to welcome trade from the Portuguese, the Dutch, English and Japanese.  The Portuguese built a base in what would become Hong Kong in 1514, and in 1557 obtained Macau nearby.  The British gained Hong Kong as a Crown Colony as a result of the Opium Wars during the Qing Dynasty in 1842.

The Grand Canal of China, connecting Beijing with Hangzhou near Shanghai, 1100 miles long, was first built in the Fifth century B.C., but it was restored in the Ming Dynasty and was very heavily used to send rice and other grains and foodstuff north, and building materials south.

The Ming Dynasty began a slow decline in the second half of the 16th century, until China was ripe for change to the Qing Dynasty in 1644. Like the Yuan Dynasty before it, at the beginning there were strong leaders and the country began to prosper, and toward the end, there were rebellions, many earthquakes and climate change which produced years of cold summers and poor crops. The people believed that the Ming court had lost the “Mandate of Heaven.” 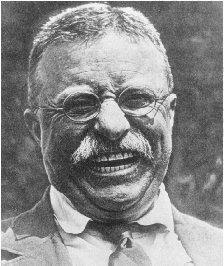 Wednesday, March 29, 2017: What made America powerful? Was it our geography, size, natural resources, protection of two oceans, our choice of immigrants, our leaders? This is not intended to be a "feel good" topic. You are invited to lift up the carpet and examine "powerful". E.g.: The Spanish-American War....   [Suggested by Janos Posfai] 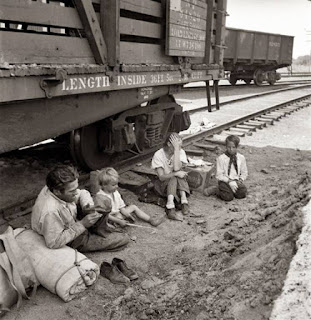 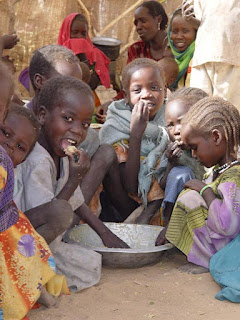 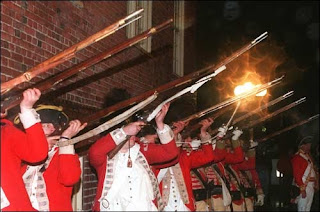 Wednesday, June 28, 2017:  History of English/British Colonialism It started in the latter part of the 15th Century with plantations in Ireland. Read how the United Kingdom grew to become the greatest Empire in the history of the world.  If you wish, home in on British slave trade, and how the U.K. colonized the New World, bringing slaves to grow sugar and cotton. Then Napoleonic Wars and Britain’s seizure of French Colonies. America and Canada.  Colonization of Asia in Hong Kong, Malaya, Australia, New Zealand, India, Burma. Africa, and more for you to discover. [Suggested by Richard Heuser] 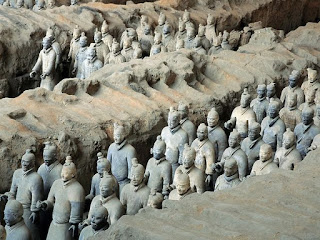 Wednesday, July 26, 2017:euser]
Treasure Hunts in History. This is your opportunity to find a treasure and discover the hunt for it, whether it is the quest for gold in California, diamonds in Africa, the hunt for the pharaohs buried in the pyramids, the hunt to discover a cure for polio or yellow fever, the terracotta army buried with Qin Shi Huang, the First Emperor of China, the search for the source of the Nile, the discovery of Neanderthal man… This topic is for you to imagine!  [Suggested by Walt Frederick] 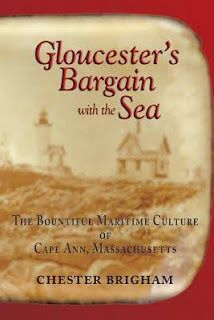 
Gloucester has throughout four centuries cast its lot with the North Atlantic, remaining a maritime port for better or worse. The maritime culture of Cape Ann is the mix of a noble maritime heritage; ubiquitous sea influences that reach as far as the quarries behind Rockport and into the haunted tracks of Dogtown Common; seductive but capricious natural splendors; and untidy independence that repels some but converts other visitors into lifetime devotees. We plan to invite Chester Brigham, author of Gloucester’s Bargain with the Sea, to join us.  Read this or any other book about the maritime history of Gloucester. [Suggested by Richard Verrengia]
Posted by The Personal Navigator at 2:21 PM