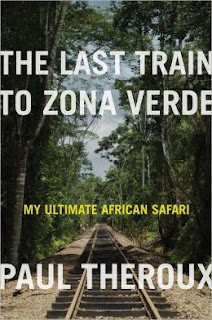 In 2003 Paul Theroux told the story of his trip down the east coast of Africa in Dark Star Safari. Ten years later, he published Last Train to Zona Verde, his account of a trip up the west coast of Africa.

Theroux introduces us to this “ultimate African safari” by taking us into the world of the !Kung people, the Ju-Hoansi—“the earth’s oldest folk, with a traced lineage to the Upper Pleistocene, 35,000 or so years ago…. the proven ancestors of us all, the true aristocrats of the planet.”

In the “civilized” world the news is bad The Greeks are rioting, world financial markets are in turmoil, the Eurozone is approaching meltdown.  And here these ancient people show him how to build a snare to catch a guinea hen, and after they catch it, how to pluck it and cook it over a fire, that they’ve started the old way, by rubbing sticks together. 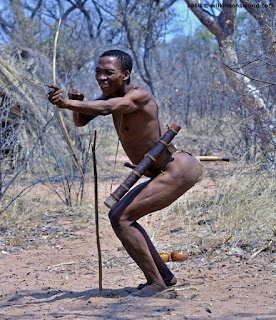 Ju-Hoansi tribesman. Theroux writes “The best of humankind are bare-assed.”

It’s an interesting juxtaposition--- these ancient people, laughing gently as they live their lives far from the frenzy of Europe, and America, dollars and Euros and taxes and inflation and governments awash in debt.

However, the Ju-Hoansi are just about extinct.  In the 19th century the Boers hunted them just for sport.  Modern times have overtaken many of them and they have descended into alcoholism and depressing poverty.

In that way, the Ju-Hoansi are just like many millions of Africans who have left their subsistence farming lives in the bush, and flocked to the nearest urban magnet.  African cities hardly deserve the name, because they are small cities, the ones built in the colonial times, surrounded by miles and miles of shanties—tin-roofs, tents, cargo boxes, scrap lumber, plastic sheeting ---- anything and everything to house people.  Water available, sometimes, from one public faucet.  Slit trenches for toilets, draining to--- don’t ask.  No police, no electricity, no jobs.  Just poverty, crime, and filth.  And you must imagine the smell!

Today, 200 million people in sub-Saharan live in these slums or squatter camps, the highest number of slum dwellers in the world.
Theroux ended Dark Star Safari in , and that is where he begins his trip in Last Train to Zona Verde, in the depressing settlements of .

Often Theroux stops to ask, “Why am I here?”  It’s a question most of us have asked during a trip at some point.

has not fared well in the post-independence economy.  Everywhere, men and boys are standing around all day, idling.  Many women work—they seem to have more spirit.  And there is trash everywhere.
Theroux’s overall assessment of and is not encouraging.  Soon, however, he is on the night bus to in .

is a place with promise. A former German colony, there are places that have the look of German organization. There are buses of sweating, red-faced German tourists, on their way to see hippopotamuses or elephants, but really just looking for a beer.

Behind the German organization are dreadfully poor Africans.  It is in Tsumkwe, Namibia that Theroux finds the Ju-Hoansi Bushmen in the northeastern corner of the country, near Botswana to the east and Angola to the north. All the dancing around naked, hunting for guinea hens and starting a fire with sticks is the act that they put on for visitors. After the show is over, they slip into castoff American tee-shirts and jeans, and look pretty much like the rest of Africans living well below anyone’s poverty line.

Next on the itinerary is .  Theroux talks with travelers and Namibians, but is a dark secret.  Only bad news comes out of that darkest of the dark continent.

No matter, Theroux catches a bus to the frontier between Namibia and Angola.  He walks through the border formalities and enters a country that is still pretty much ravaged by war.  was a mini-Cold War battleground during the civil war that raged from 1975 to 2002, off and on.  The Cubans and Soviets joined rebel groups fighting for another communist state, and the and supported rebels fighting for a non-communist state.

Our author is harsh in his criticism of the Portuguese, who first occupied and began shipping slaves from there in the 17th century, and their sloppy, exploitative colonization until independence in 1974.
He is critical of colonialism throughout , but quick to point out that hardly anything has shown improvement as Africans have gained independence.  Theroux also ridicules the thousands of well-meaning do-gooders from the rest of the world, who helicopter in to distribute aid, and cover the bush, but mainly stay in the big cities, driving white SUVs.

“Virtue tourism” is what Theroux calls the world-renowned entertainers who throw money at projects in Africa, but lack the follow-through.

Theroux buys a seat in a van driven by a drunk Angolan, and filled with a colorful group of plain Angolan men and women, as they race and bounce over bad roads, stop for hours for engine repairs, and often for unisex urination breaks.  A shriveled up little woman appears with a bucket of smoked chicken parts, covered with swarming flies.  It sounds pretty gross, but it’s been a long time since his last meal, and a long time before he’ll reach any form of civilization, so finally Theroux succumbs and buys a piece of the chicken, and all its flies.

In , everywhere he turns he sees idle Angolans and hard-working, eager Chinese.  The Chinese are everywhere.  They are building roads and airports and factories, so there are nicely dressed plant managers, engineers and other leaders, and there are hard-working owners of little shops.  There are also thousands of working-class Chinese, doing work that should be getting done by Angolans.  But, the Chinese owners say, “The Angolans don’t want to work as hard, and as long, as needed to get jobs done.”

At several points Theroux encounters bright, eager and hard-working young Africans.  Many of them leave this depressing scene for Europe or America, and we see them right here, working in our hospitals and elsewhere in Boston. 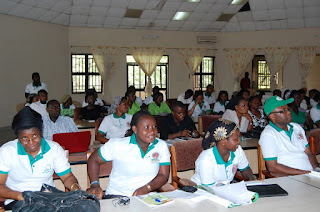 In an opinion piece in the Boston Globe the other day Jeffrey Sachs, in discussing globalization and the fallout from populist movements like Brexit in the UK and Trump in the U.S. wrote about the population explosion in Africa, now at 1.111 billion, and estimated to reach 4.39 billion by 2100. He writes:
“Africa’s astounding demographic surge, for example, would be decisively eased by a simple, humane, decent, and wise policy to ensure that every African child has the realistic prospect of at least a secondary-school education. The result would be a dramatic voluntary reduction of the sky-high fertility rate.”

When will we start to see bright young Africans take over their countries, not to grab all the money they can, but to help their people create a land of promise? Africa has tremendous raw materials, and many of the resources to develop, if only leaders start to emerge who can unlock the potential of the people of this continent.

It will happen.   It must happen.

Future History Book Club Topics
Here are the topics for the rest of 2016.  We encourage you to nominate topics for 2017!

Wednesday, July 27, 2016: American Foreign Policy from the Barbara Pirates to today. Civil War alliances by both Union and Confederacy; Gunboat Diplomacy; Spanish-American War; “He Kept Us out of War!”; Britain and the U.S. in WWII; The Cold War; more. 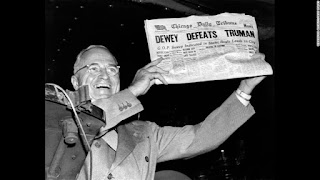 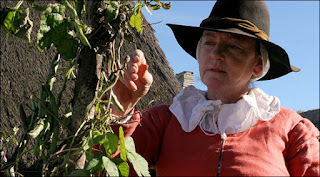 
Posted by The Personal Navigator at 10:40 AM