Reelecting Lincoln: The Election of 1864 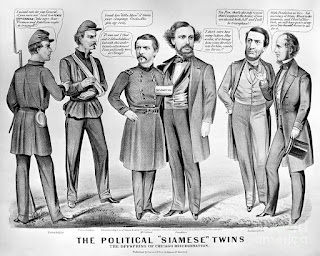 Lincoln vs. McClellan: The Election of 1864 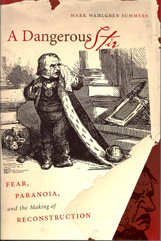 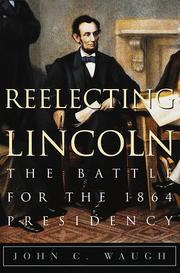 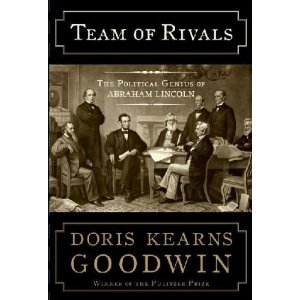 We are embarked upon another election season for the election of 2016.

Perhaps the first woman to be elected President holds a commanding lead in the Democratic Party, but close behind is an elderly Senator ho unabashedly calls himself a Democratic Socialist.

After eight years with a Democratic President, there is a certain restlessness for a change, which could augur well for the Republicans.
However, at the head of a large pack of would-be Republican presidents is a wealthy real-estate magnate with a blustery, bragging approach.  He has shown he doesn’t care a whit for saying what is politically correct. In fact he has insulted ethnic groups, women, and most other candidates, and millions of Americans can’t get enough of him. Behind him is another non-politician—a soft-spoken neurosurgeon who has called attention to himself with interesting, obscure and arcane statements.  Behind them are a string of former governors, two sitting Senators, a businesswoman, and more.  All except the leader seem beholden to the remarkable list of Tea Party rules:  Unquestioning support for gun owners, dedication to abolishing Obamacare, restoring prohibition against abortions, tax reductions, and a snarling, aggressive military stance. And rejection of any idea of Global Warming.

Compared to the election of 1864, our modern contest is like a little girls’ tea party, with dainty china, small pastries, and pretty dresses.  No resemblance to the Republican version of a Tea Party.

John C. Waugh in Reelecting Lincoln takes a reporter’s approach to 1864, describing Washington during the Civil War as bustling, loud, noisy with corruption apparent everywhere.  There are soldiers all over the city, many drunk.  There are fancy “painted ladies” plying their trade.  People are going to the theatre, and generally enjoying an affluent existence, as General Lee threatens to invade the city, even after a string of Confederate setbacks, from Vicksburg to Gettysburg.

It has been a brutal three years for President Abraham Lincoln, but now, as 1864 approaches, things are looking up, both on battlefields from Tennessee to the Mississippi River, and in election contests where Lincoln’s new Republican party is now re-named the National Union Party.

Whereas today most Americans view Lincoln as one of the greatest leaders of our country, many in 1864 view him with disgust, dislike and hatred.

If you have seen some of the hateful names people today call President Obama, and likewise the names the opposing party called George W. Bush several years ago, you might be interested to see that this is nothing compared to the names many called Lincoln.

In 1864, many Republicans and perhaps most Democrats in the north are still steaming about Lincoln’s Emancipation Proclamation.  Democrats don’t like much of anything about Lincoln.  Until Union forces started winning some battles and pushing the Confederates back, Lincoln could not have gotten elected as dogcatcher.

The parties lined up like this in 1864:  Some Republicans were radical abolitionists, dedicated to abolishing slavery and giving full suffrage and equal opportunities to the freed slaves.

Then there were the moderate Republicans who had voted for Lincoln in 1860, but sought only to restore the Union, and not deal with slavery.

On the Democratic side there were the war Democrats, who supported restoring the Union, but not abolishing slavery; and the peace Democrats, who never wanted war in any way, and wish everything would go back to the way it was.

It was by no means a foregone conclusion that Lincoln would be nominated by the National Union Party, but as the Union troops began to win battle after battle, by late 1863 it became apparent that the Union would prevail. How it would prevail, and what would come next was a huge mystery. However, Lincoln was the nominee, with Andrew Johnson running as Vice President.

Running against him was George McClellan, a smart, very confident (sopme would say “cocky”) West Point Graduate, 36 years old, who had formerly been Lincoln’s top general, in charge of the Army of the Potomac.  Waugh seems to be closer to the little general’s supporters of the time, which included most of New York’s Democracy, with the wealthiest men in America. The admiration showered on this man, who had been fired by Lincoln and had not received a military assignment for a year, reminds one of the admiration many express for Donald Trump.

Doris Kearns Goodwin relates how, at the start of the Civil War, when Lincoln depended upon McClellan to move swiftly to take the war to the enemy, “Little Mac” dawdled and delayed, with endless marching drills in camp, and excuse after excuse why this was not yet the time to attack the Confederates.

All the while, Kearns relates, based upon daily letters McClellan wrote his wife that clearly showed his disgust and disrespect for his Commander in Chief. McClellan had powerful friends who were soft on slavery, and it was clear that he listened to them more than Lincoln. In letters to his wife he called Lincoln a “gorilla”.

Finally, Lincoln relieved McClellan of his command, and replaced him with one general after another until settling upon Ulysses S. Grant, who finally led the Union to victory.
In the 21st century our view of Lincoln is as one of our greatest presidents, who saved the Union. But in the middle of the Civil War, even up to this election of 1864, many in the North disliked Lincoln and feared that he was leading the country to ruin.

Waugh’s detailing of the widespread criticism of Lincoln is colorful. He writes about the “newspaper generals” who daily castigated Lincoln:  James Gordon Bennett of the New York Herald and Horace Greeley of the New York Tribune were the main critics. Many notable Republicans, as well as those two editors, thought Lincoln wholly unsuited to be president.

Goodwin’s main theme in Team of Rivals, her brilliant study of Lincoln’s presidency, is how he gathered this group of powerful men, many who knew they were better, and could be better in his shoes. Together, they saved the Union.  Waugh describes Salmon P. Chase, Secretary of the Treasury, as a very capable former Senator and governor who knew in his heart that he was better and could lead the nation better than Lincoln.

A couple of days before the election on Nov. 8, 1864 Secretary of War Stanton sent Major General Benjamin “Beast” Butler a telegram.  Butler was ordered to gather troops and proceed to New York, because intelligence had detected plans for a major riot in this Democratic stronghold, to keep Republican voters away from the polls.

It was a sticky situation, because Butler could not take New York soldiers into the state, because they had already voted in the field, and if they returned on Election Day, their votes would have become invalid.

So, he kept them in New Jersey, with boats under steam and ready to get underway at short notice to cross the Hudson to New York City.  The riots never happened. Butler wired Washington that it was very quiet on Election Day.

On the night of the election, Lincoln went over to Secretary of War Stanton’s office, where all the telegraph wires were located, and there he and his aides followed as telegrams came in from up and down the east coast of the Union, and then west to Ohio, Indiana, Illinois and on to Missouri and even California.

By midnight it appeared that Lincoln had won. Lincoln served fried oysters to all those with him that night.

When the votes were all tallied—Missouri’s took two days to come in—He had beaten McClellan by over 311,000 votes-- 2,113,665 to 1,802,237.  But the Electoral College produced a landslide, because McClellan won only New Jersey, Kentucky and Delaware. The electoral vote was 212 to 21. McClellan had expected large support from the Army, but they voted 3 to 1 for Lincoln.

Summers’ Dangerous Stir continued long past this election, past the assassination, past the surrender at Appomattox Court House, into Reconstruction.  He describes the prolific fear mongering, mainly in the former Confederate states.  Rumors of riots and plots by freed slaves popped up everywhere, and whites, both poor and former slave-owners, took brutal action which resulted in thousands of blacks killed, and few whites.

It rather reminds me of some of the talk by people like Donald Trump and others in this election season, stirring up the population which is easily moved against Mexicans, possible Syrian refugees, or anyone else that might seem “foreign”.

Here is a list of proposed topics for 2016.  Feel free to comment on these topics, and to suggest additional or substitute topics. 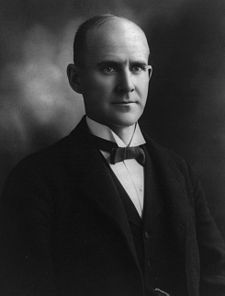 Wednesday, February 24, 2016: History of Money and Banking in America.  Wampum, potlatch, Jefferson and Jackson and the quasi-central banks, Civil War and the monetary system, the Federal Reserve, The Crash of 1929, The New Deal and Banking, Bretton Woods, The Gold Standard, more. 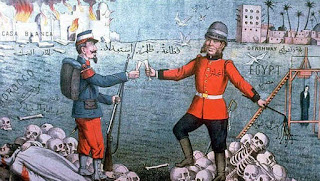 Wednesday, July 27, 2016: American Foreign Policy from the Barbara Pirates to today. Civil War alliances by both Union and Confederacy; Gunboat Diplomacy; Spanish-American War; “He Kept Us out of War!”;  Britain and the U.S. in WWII; The Cold War; more. 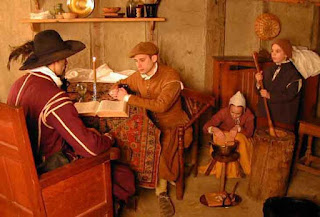 Posted by The Personal Navigator at 6:59 PM