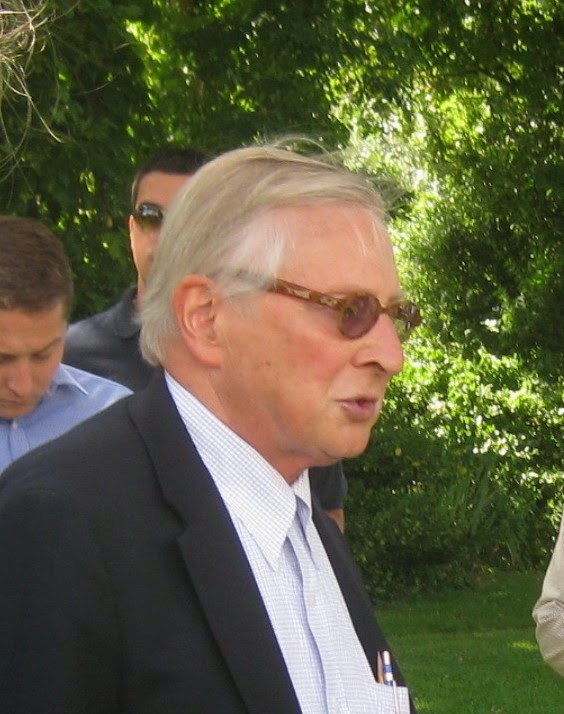 Rockport will miss John Sparks.
The quiet man was a driving force with Rockport Music as they tackled the task of building a $20 million performance center in downtown Rockport.
Then John took on Rockport’s Millbrook Meadow and Mill Pond.  This beautiful four-acre piece of green right behind Front Beach near the center of downtown was slowly fading.  The pond was filling with sediment and invasive vegetation; the majestic, century-old willow trees sagging and boughs amputated; Mill Brook a snaggle-toothed waterway with the granite blocks that line it askew; and the Meadow often soggy from overflows.
Ever since the Town acquired the Pond in 1936 and the Meadow in 1938 the Town’s Department of Public Works has kept the property fairly well, and volunteers gathered two or three times a year to give it a cleanup.
John saw that the Meadow and Pond were slowly decaying, and he began plans to come up with a program to restore Rockport’s “green jewel”.  Working closely with the Department of Public Works, John and his wife, Barbara, joined Millbrook Meadow Committee.  Then, with the help of the DPW and the Committee, he began the project of restoring the Meadow.
John, who held a PhD. in chemistry, retired from a career at Polaroid and he and Barbara came to live in Rockport. He went back to school, Rhode Island School of Design, and earned a Master’s degree in Landscape Architecture.
With his natural intelligence and his new-found expertise in landscape design, when John looked at the Meadow and Pond, he saw a problem that needed solving.
Others in Rockport have “made do” in the Meadow with Band-Aid solutions over the decades.  Then the dam blew out in 2006, and, six years later, with FEMA funds, the Town built a new dam, at a cost of $1.3 million.  This project dramatized the crying need to make major repairs to everything on both sides of the dam.
John set to work studying everything that engineers and designers had done in building the new dam, and he reviewed reams of old papers and plans, and took his own measurements and did everything to sell his ideas.
Others joined his cause.  Gunilla Caulfield, trustee of the Lura Hall Phillips Trust, convinced that John, DPW and his team were serious about really making a difference in the Meadow, closed out the $162,000 in the trust and turned it over to this project.  John led the charge of obtain Town funding, including money from the Community Preservation act.
By now, DPW had the money it needed to hire a contractor to start this project.  John helped write the request for proposals and helped pick the winning bidder.
Just at the time the contractor, Milone & MacBroom of Connecticut, was completing their initial survey work, John fell ill with bacterial meningitis, and went into a coma.  Last week, the contractor team presented their first findings to the public, and the public responded with their observations and visions of the Meadow and Pond for the future.  But John, who had done so much to make all this happen, was not there.
He died a few hours later.
We in Millbrook Meadow Committee, and the new Rockport Millbrook Meadow Conservancy, want to make sure that we pick up where John left off.  We owe him a tremendous debt for his drive, intelligence and leadership, and now it is up to us, and all Rockporters who will join us, to make this restoration a reality.
We welcome your donations, your support, and your votes at Town Meeting to make this happen. 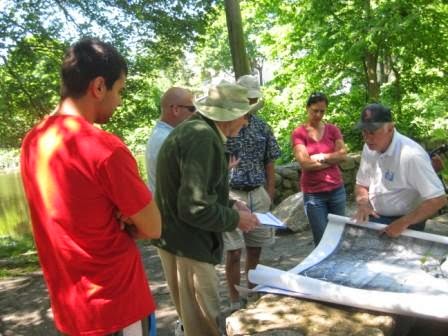