Che, PRI, the Drug Cartels and a North American 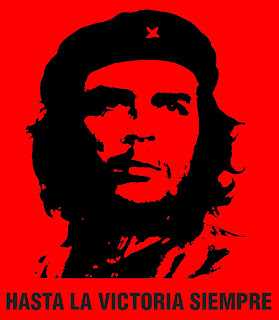 Rockport History Book Club at Rockport Public Library
Wednesday, April 24, 2013 7 p.m.
Our History Book Club met April 24th to discuss modern and .  As you will see, if you read our reviews of 4+ books, we looked at the life of Che Guevara, modern and the idea of a stronger North American .
If you’re in the area, we invite you to join us for our next meeting, Wednesday, May 29th.  Read a book about Modern —from 1900 to 2013.  It can be whatever you want to read of the history of this tremendously varied continent.  Read about Idi Amin of Uganda, or Anwar Sadat of Egypt, or about Sudan, or Timbuctu, Tanzania, Apartheid in South Africa, Libya, Tunisia, Algeria and the French, or Somalia, Kenya, Ethiopia, Angola, Botswana, Civil War in Rwanda—your choice.
We invite you to prepare a review of your book, but this is not school.  If you’d rather come and simply brief us on the high points without the detailed reviews you see here, that’s fine!  And if you’d like to just sit in and share in the discussion, you are most welcome.
We meet the last Wednesday of each month.  Contact me if you’d like more information. 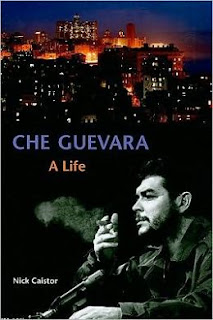 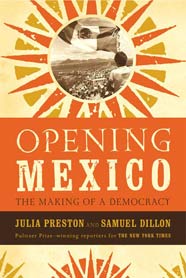 Julia Preston and Samuel Dillon, Opening : The Making of a Democracy,
2004 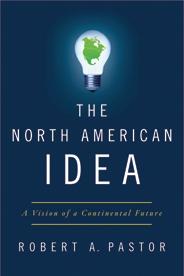 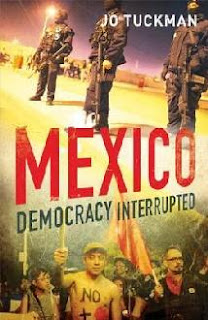 Sam Coulbourn writes: Jo Tucker arrived in in 2000 as Vicente Fox Quesada took over the presidency.   Fox, of the National Action Party (PAN), was the beginning of a new era for , because his term marked the end of solid political hegemony by the Institutional Revolutionary Party (PRI) since 1929.
It is now 2013, and after two terms by two different PAN presidents, whose rule differed sharply, PRI is back in power, with President Enrique Peña Nieto.
President Fox was a hearty, cheerful extrovert—a former Coca-Cola advertising executive.  He is generally adjudged to have done little in his six years in office.
After Fox came Felipe Calderón Hinojosa, and he did a lot.  He declared war on the drug cartels, and his term was disastrous in the numbers of people, innocent and implicated in the criminal drug cartels—some 50,000 in all—killed.
Tucker’s book ends just as the 2012 election is approaching, and her story covers those 12 years, but does not give the reader a warm feeling of understanding much of what went on before.
What we see is a country ruled, whether by PRI, or PAN, by men who fit comfortably into a small club of wealthy cronies.  When PRI was in charge, most state governments were run by PRI governors, and the federal government was run by PRI operatives. When PAN won the national election, many state governments remained under PRI leadership.
Mexican government runs on a steady lubricant of corruption.  In recent years, the drug cartels have gained more and more primacy and in some northern states, they call most of the shots.  The multi-billion dollar industry of providing drugs to satisfy the appetite of  North American drug-users, as well as those in other parts of the world, takes the lion’s share of some levels of Mexican society, particularly in the northern states.  In order to avoid getting killed, most law enforcement officers go with the flow.
It is not a happy or encouraging picture.
has grown as one of the world’s primary producers of narcotic drugs.  Author Tucker traces this history from the arrival of Chinese immigrants in the years after the California Gold Rush. They brought opium plants and planted them.  would not be such a powerful source of grown and manufactured drugs, and trans-shipment of them from South America, if it weren’t for the world’s richest market, the   After the 1960s, ’s appetite for drugs has continued to fuel a trillion-dollar drug economy.
Tucker names President Felipe Calderón, who came into office in 2006, as the man who changed everything, with his military-led offensive against the country’s drug cartels.  In his six-year term in office, the all-out war on cartels sucked many, many innocent victims into the vortex.  Most would agree that this approach was a failure.
Tucker notes that cartel power began to grow as Vicente Fox entered office in 2000, and she observes that he was never really interested in the drug trafficking issue, beyond securing praise for the occasional high-profile arrest.
Perhaps now that PRI candidate Peña Nieto is now in office, he can achieve some reduction in the violence of the cartels.
Tucker’s account of the rule of Elba Esther Gordillo Morales, known as La Maestra, head of the National Union of Teachers (SNTE) (1.4 million members) is particularly colorful, and to me says a lot about the way things are done in .  She took over in 1989, after the previous leader was arrested, and held that post until she was arrested in February of this year.  Tucker’s account ends in 2012, but she paints the picture of one more politician, out to scoop up as much personal wealth as she can.
Notes from other sources on Gordillo:
Gordillo was arrested by the Mexican authorities on 26 February 2013 after her private jet in which she had traveled from landed at the airport near the capital. She was arrested for allegedly embezzling $2 billion pesos (US$156,816,000) from the Mexican National Educational Workers Union (SNTE).  Prosecutors argue she would not have been able to make several purchases on her salary. ($31,398 pesos or US$2,459 USD per month) She has been charged with embezzlement and organized crime. To head her criminal defense, Gordillo hired prominent penal lawyer Marco Antonio del Toro Carazo who is also defending labor leader Napoleón Gómez Urrutia.
The national public schools had been a system dominated by Gordillo's union in which teaching positions could be sold or inherited.
Personal life
Elba Esther Gordillo is notorious for wearing luxury brands such as Hermès and Chanel. She has allegedly spent US$2,100,000 at a Neiman Marcus department store in San Diego between March 2009 and January 2012. Gordillo allegedly used the money on properties, including in the US, a private jet, art work and plastic surgeries. She has allegedly amassed some 10 properties, including a US$1.7 million home in San Diego and a US$4 million water-front house in Coronado, California. In 2008, she bought 59 new Hummer vehicles to give her aides, only to raffle them off when the media brought the purchase to light.

The outlook for ?  When the growing middle class of gets good and fed up with the lax way that the country is governed, when there is loud support for cleaning up government and pushing the drug traffickers out, there will be changes.  Until then, nothing much will change.
-end-

COMMENT ON TUCKMAN'S BOOK BY LYNN DEWEESE-PARKINSON,  Keeper of an International Email Network of Book Dealers, who sells mostly Bullfighting books in Tia Juana, Baja California: The author arrived in Mexico the same year the PAN won its first election.
Her view is very much colored by her timing. To think that democracy in Mexico has as little history as she seems to believe is to have an even more truncated view of history than most U.S. reporters.

The struggle for democracy in Mexico out-dates the arrival of Cortez in my opinion. It certainly is a longer struggle than the struggle of the anti-democratic parties (PRI, PAN, PRD) for power. One small historical error among many: she states that the Zapatista movement is "the biggest
group of rebel fighters since the revolution." Either she has never heard of the Cristero revolt in the 1920s, much larger than the Zapatistas, or she does not count right wing counter-revolutionaries as "rebel fighters".

But my main objection to the book is that I am of the firm view than all histories of Mexico must start from the realization that Mexican history is a very long continuum, that the European genocide was not the success that it was in the north.

The best review I have found was in the Guardian,
http://www.guardian.co.uk/books/2012/jun/29/mexico-democracy-interrupted-jo-tuckman-review
but I think he is a bit too kind. Then again I am seldom impressed by reporters posing as historians. In my own opinion democracy was interrupted in Mexico with the assassinations of Zapata, Villa, Flores Magon, and a host of other Mexican democratic revolutionaries up to and including the killings of protestors this last week, (WRITTEN 03-26-13)  though perhaps not so much interrupted as aborted.

Perhaps it is because I have nothing to do with the drug trade, but the violence I see here is primarily that of the governments of Mexico and the USA against democratic, primarily indigenous forces.

Wednesday, May 29th.  Read a book about Modern —from 1900 to 2013.  It can be whatever you want to read of the history of this tremendously varied continent.  Read about Idi Amin of Uganda, or Anwar Sadat of Egypt, or about Sudan, or Timbuctu, Tanzania, Apartheid in South Africa, Libya, Tunisia, Algeria and the French, or Somalia, Kenya, Ethiopia, Angola, Botswana, Civil War in Rwanda—your choice.

In June (Wed., June 26) We'll read about Women's Movements, Women's Suffrage in the 20th and 21st centuries, Rise of Feminism, NOW, your choice.

In July (Wed. July 31st)  we’re looking at BRIC:  , ,  and  -- four big, powerful countries all in a similar stage of advanced economic development.

Posted by The Personal Navigator at 9:25 AM