A Trip to the Soviet 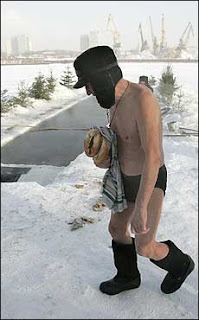 Today, the sun didn’t even appear in .  As a matter of fact, it won’t come up until January 12, 2013, and then it’ll set 55 minutes later.
I was thinking about today, remembering the time Marty and I visited that Russian seaport, right near the top of the world, far beyond the .
I had wanted to go to   since I was a 14-year old, working on my Aunt’s Mink Ranch in .  During World War II, my aunt’s son-in-law, Francis Grigsby ”Gig” Farinholt, had been a sailor aboard the cargo ships making the run past German U-Boats up to the North Sea and around into the Arctic to Murmansk   The United States shipped many millions of dollars worth of military equipment, as well as food and supplies to the Russians along this treacherous path.  It was vital for  their very survival.
About 1400 merchant ships delivered supplies under the Lend-Lease program in 78 convoys, escorted by ships of the Royal Navy, Royal Canadian Navy, and the U.S. Navy. Eighty-five merchant vessels and 16 Royal Navy warships (two cruisers, six destroyers, eight other escort ships) were lost. The Nazi  Kriegsmarine lost a number of vessels including one battleship, three destroyers and at least 30 U-boats, as well as a large number of aircraft.

At the start of World War II the Germans, allied with the Finns, had used Finnish bases to bomb . 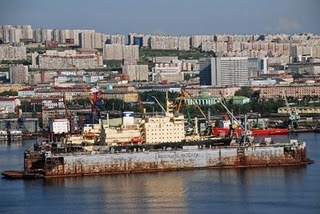 Gig told me about the warm welcome the Soviets gave the convoy crews each time they landed in .   They held big dinners, with plenty of black bread and sausage and, of course, gallons of vodka.
Marty and I flew up there in June, 1983, just a couple of months before we were due to depart the , and we went on the longest day of the year, which, in the , is pretty long.  There was no night time. The exact opposite of today, when there’s no “daytime”. 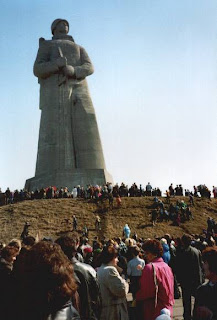 An Intourist guide met us shortly after we had checked in to our hotel, and took us on a tour of the city.  was a city built right about the time of the October Revolution, so it has none of the beautiful buildings and churches the Czars built across .  With a population of about 300,000, it is the largest city above the .  We had often seen that in northern latitudes there was a severe alcoholism problem.  Not just in the , but in Scandinavian countries.  Marty asked the guide about this.  This young lady, whose father happened to be the mayor, told us that, no, they had no such problem in .  As she was saying this, we happened to be stopped at a traffic light, and next to the car was a lamppost, with a really drunk Russian hanging on to it.  As if on cue, the poor guy then lost his grip and slid down the lamppost, collapsing on the pavement. “Nyet, no problem with alcohol here!!”
A little while later, we encountered a whole busload of Finns.  They had flown from  to , to see the sights, and had just come from visiting the fishing fleet.  We met them at a “Beryozka” which was one of thousands of state stores across the  that sold goods for foreign currency only. Plain Russians were not allowed in these stores, which did not accept rubles.
Here the specialty was little birchbark canoes and other craft items, and of course vodka.  That was what the Finns were looking for. From the looks of them, they had found vodka before, because they were already pretty drunk, but this gave them a chance to stock up on some more.
Kitsch-y little birchbark canoes, those popular nested wooden dolls, …. and vodka. 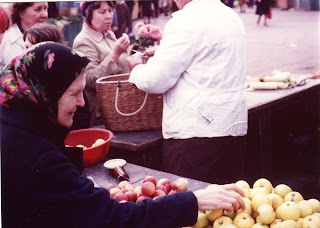 Shopping at the market

We had lived in the  nearly two years, and had never had a nice meal of fresh fish.  Fish you could buy in the Moscow Rynok (Market) was always frozen, usually in large chunks of ice and fish together, so the fishmongers just hacked off a couple of kilos of salty ice and fish and sold you that.  Customer service was not a big thing in the .
Since we were here in the largest fishing port in the whole , we thought surely here there would be some nice fresh fish. We went looking for a restaurant that served fresh fish.
We didn’t find such a restaurant, so we entered a nice-looking establishment that our Intourist guide had recommended, and were shown to our table and given large, heavy menus.  Many Soviet restaurants used these large menus with many pages, and then it became a ritual for the customer and the waitress to find out what, in all those pages, was actually available.  As you ordered a dish, the waitress would solemnly answer “Nyetu”, which means “that’s not available!”
We finally placed our order, and started with a  little plate of caviar, with toast points, chopped onions, and glasses of vodka.  This is a popular, and delicious appetizer in .  After that, we had Kotlyeti, or cutlets of veal.
Across the dance floor in this restaurant was a wedding party.  A group of very plain, solid-looking Russians was gathered around a long table, celebrating a wedding.  We went over and congratulated the bride and groom. We told them that where we came from, it was good luck for the bride to put a penny in her shoe.  I didn’t have a penny, so I gave her a U.S. dime, and the whole party was delighted. Russians really get excited about anything which might give them “good luck”.
We chatted briefly with some of the older members of the party, who recalled the days when the Americans brought all those shiploads of cargo to help the Russians survive the terrible war with Hitler’s .  Soviet propaganda was quick to dismiss the American Lend-lease contribution of World War II, but every Russian who lived through those days remembers and always expressed gratitude to us for all Americans.
It was always so much fun, and so interesting, for us to talk with regular Russians when we met them, in various places across that huge country.  When they weren’t trying to impress you with Glorious Socialism, or other Soviet propaganda, and when they didn’t think we were trying to give them a sales pitch for Glorious Capitalism, etc. we had some wonderful conversations.
We can get along with regular Russians.
Now, the Soviet Union has been gone for 20 years, and many Russians have come to the to live, and it turns out that they are indeed fine people!

[NOTE:  This blog originally appeared October 23, 2011.  It has been modified for publication now.]

The Personal Navigator offers these books, papers and other periodicals:

Myths of Greece and Rome, Narrated with special reference to Literature and Art by Hélène Adeline Guerber, Lecturer on Mythology. 1893     : American Book Company. Guerber explains that Hebrew antiquity had its beginnings passed down in scripture from God, but the Greeks and Romans had to invent theirs.  She promises to tell myths as accurately as possible, while avoiding the more repulsive features of heathen mythology. Includes map showing location of myths. Author has inserted poetical writings, quotations and illustrations from all ages to show inspiration of ancient myths upon literature and art. Includes Juno, Apollo, Diana, Venus, Mercury, Vulcan, Neptune, Pluto, Bacchus, Æolus, Œdipus. the Trojan War, Ulysses, Æneas; more; Genealogical Table, Glossary and Index.      428 pp. 13 x 19 cm. Dark green buckram on board with gilt title on spine, moderate wear. On ffep is inscription: "Louise G. Colony, Jan. 11, 1899, ." Very good. (8295) $22.00. Educational/Mythology 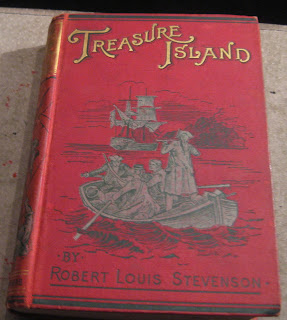 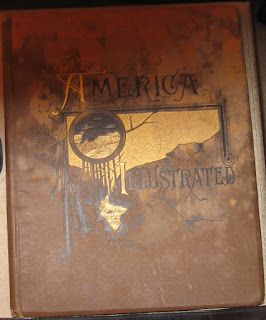 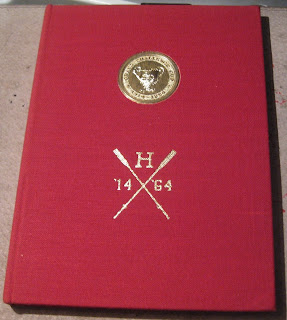 Henley Royal Regatta, The; Harvard at 1914-1964, Edited by Middendorf, John William Jr.ca. 1970 : Barton-Cotton, Inc.            65 pp. 19.5 x 26.5 cm.   This limited edition of 1000 copies (this copy is No. 296) was edited by one of the members of Harvard's 1914 eight-man crew, who won the Henley Royal Regatta that year, and then returned 50 years later, and again manned a crew shell, meeting HM Queen Elizabeth II, the Queen Mother and Princess Margaret. The crew: Bow: Leverett Saltonstall age 21; 2 James Talcott, 20; 3 Henry Hixon. Meyer, 20; 4 Henry Stump Middendorf, 19; 5 John William Middendorf, Jr., 19 (they were twins); 6 David Percy Morgan, 19; 7 Louis Curtis, 22; Stroke Charles Carroll Lund, 19; and Cox, Henry L.F. Kreger, 21. Saltonstall had been Governor of Massachusetts, and served as U.S. Senator from , and the others all had brilliant careers in finance, real estate, and medicine.  Scarlet buckram on board with gilt medallion of Henley cup on cover, mylar cover, Inscription on ffep, in ink: "L. Hoyt Watson, From Bill Middendorf September 1971, Kindness of Jack Redwood"; also stamp, "L. Hoyt Watson, 105 Allens Point, Marion, MA 02738". Excellent condition. (8291) $50.00. Biography
U.S. Rivers and Harbors: Letter from the President of the United States Transmitting to the House of Representatives a statement from the Secretary of War concerning appropriations for improvement of rivers and harbors, dated Jan. 12, 1877 Washington, DC: United States House of Representatives. Letter from President U.S. Grant of Jan. 12, 1877 transmits letter from Secretary of War J.D. Cameron of Jan. 11, 1877 with the whole package of indorsements and statements for the Chief of Engineers for the improvement of the Mississippi, Missouri, and Arkansas Rivers; the Ohio River; the Columbia River; the harbor at Racine, WI; Kennebunk River; the Channel between Staten Island and New Jersey; the improvement of Sabine Pass, Blue Buck Bar and Sabine Bay; the Harbor at Fall River, MA; for gauging the waters of the Lower Mississippi and its tributaries; work on the Galveston, TX ship channel; and much more.  56 pp. 15 x 23 cm. Paper booklet, some pages loose, fair. (7004) $17.00. Scientific/Engineering 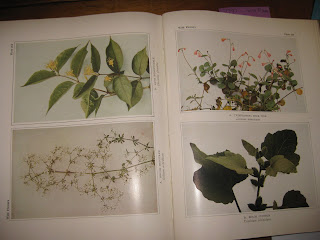 Hints on Etiquette and The Usages of Society with a Glance at Bad Habits by Agogos (Charles William Day), Illustrated by Brian Robb      Agogos (Charles William Day)  1946    : Turnstile Press Limited. First published in 1836, this little book was first published by Turnstile Press in 1946; this reprint was in 1952. This book is not written for those who do but for those who do not know what is proper.  Examples of "Hints": Whilst walking with a friend, should you meet an acquaintance, never introduce them. Never make acquaintances in coffee houses. It is considered vulgar to take fish or soup twice. If either a lady or a gentleman be invited to take wine at table, they must never refuse; it is very gauche so to do. Do not practise the filthy custom of gargling your mouth at table. As snuff-taking is merely an idle, dirty habit, practised by stupid people in the unavailing endeavour to clear their stolid intellect... it may be left to each individual taste as to whether it be continued or not. 68 pp. 10 x 14.7 cm. Decorated cover with same design on dust jacket. Very good. (8171) $14.00. Educational

Posted by The Personal Navigator at 2:15 PM