What about those sanctions for Iran? 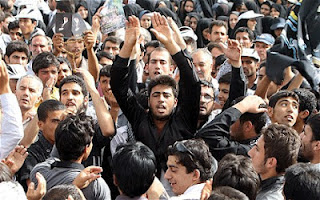 For decades, Americans have seen as a mob of shouting men yelling “Death to .”   In our mind’s eye we see them as angry people, and we probably tend to see little difference between them and angry Arabs in , or , or or .
My family and I lived in many years ago, in the time when Shah Mohammad Reza Pahlevi was the king, and and were close friends.  There were many American and other western contractors and military and civilian advisors working in .  Oil and gas flowed freely from the ground in , up to the to the north, and all over the world, and money flowed into ’s treasury.
The Shah was trying to lead his country into the modern world, with improved standard of living for people, a growing industrial capability, and, like Kemal Attaturk’s , distancing from Islam.
During the mid 1970s, the money was coming into in torrents, and corruption was growing.  More and more of those oil dollars were getting siphoned off for a few insiders.
A group of men, including some religious figures, had been watching this “modernization”, and the accompanying corruption, along with the growing movement toward a secular nation, and this drove them crazy.  They were fed up with British imperialism, and now, from the start of World War II, the American brand.
Some consider that the Cold War began when the Soviet Union sent 15 armored brigades into ’s on March 4, 1946. The Shah took pride in finally driving the Soviets out of in 1947, with support from the .
When saw the Soviets edging into control of through Mohammad Mossadegh and the Tudeh party, the CIA engineered Mossadegh's overthrow, and gave power back to the Shah. That was in 1953.
For the next 25 years, the Shah matured, and with his leadership, grew into a respected member of the world community.  As partners with the , they prevented the Soviet Union from expanding into the .  Gradually, the Iranian Navy was becoming the “policeman” of the waters off ’s shores, a role that ’s Royal Navy had previously held.
Then, in the latter part of the 1970s, the Shah grew increasingly erratic.  He listened only to those who told him what he wanted to hear.  Where he had kept graft and corruption under control before, now he couldn’t.
With the huge increase in oil revenues after the 1973 Yom Kippur War, the flood of money was too much for the Shah to control.
The Shah, and those around him, lost sight of the lofty aim of moving forward, as more and more riches got siphoned off.  He got sick from cancer.  By November, 1978, it was clear that he was no longer in control. 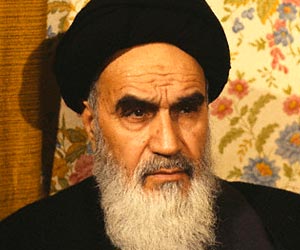 Finally, in January 1979, the Shah left on “vacation”, but he was never to return.
Ayatollah Ruhollah Khomeini, an old enemy, whom the Shah had sent into exile in 1965, was brought back to , greeted by six million screaming, cheering Iranians, and the Islamic Republic of Iran began to take shape quickly.

This all happened in 1979, over 30 years ago.
The religious leaders swiftly threw out the Shah’s “westernization” of Iranian society, and they have worked to convert the country to their ideal of an Islamic state. 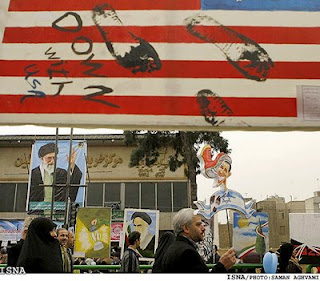 They appear to be intent upon separating from what they see as the corrupting influence of and the West.  In their desire to reach this Islamic ideal, not only have they sworn “death to ” but they have declared that should be wiped off the earth.  They have begun a program of developing their own nuclear capability, and, we think, a nuclear weapons capability, along with the attitude that such weapons might be used to actually attack , and threaten any other adversaries.
American foreign policy has consisted mainly of applying sanctions to Iran, and urging other nations to apply them as well, with the objective of making it so difficult for Iran to do business that it would eventually change its ways.

Are we pursuing the course of sanctions because it is the only thing we can think of?
We have tried to choke off Communist Cuba financially since its inception in 1959, twenty years before became the Islamic Republic.  And it hasn’t worked there.

When my family and I lived in (1970-72) had a real problem with smuggling.  The whole shoreline was an extremely porous barrier to illicit foreign trade.  Smugglers brought in all kinds of consumer goods, as well as liquor, tobacco, drugs, industrial machinery--- just about anything to avoid paying taxes or to bypass laws against importing certain items.  Everyone knew this smuggling was going on.  The Shah knew it.  It was a fact of life. One need only visit with someone inside the Tehran Bazaar to get an idea of how widespread smuggling has always been in this land of the .
Today, in spite of the prohibitions against shipping Iranian crude oil, the oil gets out.  Huge quantities flow into next door, and then onward to customers all over and beyond.
It appears that the only thing that sanctions accomplish is to give us the feeling that we are doing something about an irritating country.
Actually, sanctions often do have effects:  they may antagonize the common man so that, instead of having bad feelings about their government, they simply hate us.  Where the seeds of revolution may be planted, sanctions may work in the opposite way that we intend.
Sanctions may also make it harder for the substantial opposition within .  Not everyone in is happy with living in a state that seems to be heading backward in time.  Not everyone is convinced that and the rest are on the side of Satan.

So, do we just stand by, and watch move toward developing nuclear weapons?  While we are watching, we are probably carrying out covert operations, to collect intelligence, perhaps sabotage the nuclear capability, or foment revolt.

Or, should we actually come to overlook the threat of nuclear weapons, and use diplomacy to take away our sanctions, one by one?

I wonder how that would turn out?

Now, the Personal Navigator offers these books and papers….

George Fox: Selections from the Epistles of George Fox, Abridged by Tuke, Samuel 1858 , PA: Association of Friends for the Diffusion of Religious and Useful Knowledge.              This is the first edition in abridged form of Samuel Tuke's earlier Selections of the Epistles of George Fox. Fox (b.1624, d.1691) is considered to be the founder of the Society of Friends (Quakers). The introduction in this small book is the same Tuke used in his earlier Selections. Fox's mission was to speak truth to all, and that truth often got him thrown into jail. When he visited he became an early champion of the Indians and Black slaves (p.38-39, 67-70). He warns against vain fashions, not to be over thoughtful of the things of this world, and urged followers to believe in the Light as Christ commanded.  114 pp. 10 x 15.5 cm. Blindstamped design on brown cloth on board, top of spine worn, dampstain to first and last pages, good. (1734) $39.00. Religious/Quaker 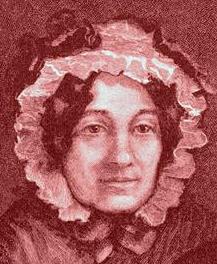 Lamb: Mary and Charles Lamb: Poems, Letters and Remains: Now first collected, with reminiscences and notes, First Edition, published simultaneous with edition. By W. Carew Hazlitt,  1874 : Scribner, Welford and Armstrong.  Life of Charles Lamb, English Essayist, (1775-1834) and his sister, Mary (1764-1847). In 1796 Mary Lamb, in a fit of insanity, attacked her mother and father, killing her mother.  Illustrated with frontispiece portrait of Charles Lamb, and numerous facsimiles and illustrations of favorite haunts of Lambs in and suburbs. Good friend of Mary was Lady Stoddart, later Mrs. Hazlitt. Author of this book is grandson of Hazlitts. Includes 31 pp. Notes of Charles Lamb to Thomas Allsop by George William Curtis. Lamb raves to Allsop about gift of Stilton cheese, notes Mary has "sense enough to value the present." 307 + 31 pp. 12 x 19 cm. Attractive dark blue cloth on board with gilt decoration, shows nude women in orbit around woman with crown and male figure with donkey's head. Slight rubbing top and bottom of spine, one illustrated page loose, some foxing, some pages unopened, altogether very good. (2257) $56.00. Biography/English Letters 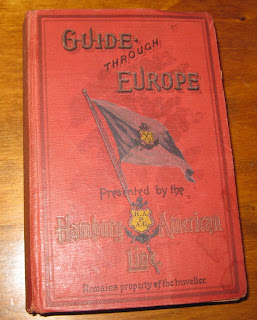 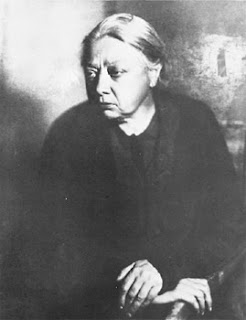 Christian Revelation: A Summary of the Principal Evidences for the Truth and Divine Origin of the Christian Revelation to which is added the celebrated Poem on Death by Bielby Porteus, D.D., Bishop of London. 1814 : Isaiah Thomas Jun., No. 6 Marlborough-Street. This small book was prepared by Bishop Porteus primarily for young people at this time (ca. 1800) "when new compendiums of infidelity and new libels on Christianity are dispersed continually…through every part of the kingdom.." Porteus offers 12 propositions. Proposition VIII compares the Mahometan faith with the Christian and concludes that "In Mahomet we see every distinctive mark of fraud; in Jesus, not one of these is to be found; but, on the contrary, every possible indication and character of truth." Little book ends with a mournful "Death, a Poetical Essay". . 143 pp. 9 x 14.4 cm.Calf on board, well worn on all edges. On front free endpaper is inscribed: "Helen M. Marshall's Book, Colebrook, April 13th, 1816." Handwritten notes on front pastedown, and small, faint pencil marks in text as owner sought to memorize passages. Good. (6990) $49.00. Religious

Thomas' Town Officer, A Digest of the Laws of Massachusetts in relation to the powers, duties and liabilities of towns; New Edition, revised, corrected by Dwight Foster and James E. Estabrook, Counsellors at Law 1856 : Enos Dorr & Co. The previous edition of this guide for town officials was published in 1849. This 1856 edition has removed inconsistencies and brought things up to date. Town Meetings. Collection of taxes. Settlement of Paupers. Surveyors of shingles and clapboards. Viewers and cullers of hoops and staves. Measurers of upper leather, made of the hides of neat cattle, buffalo or other animal.  Overseers of the Poor. "The overseers of the poor may bind, as apprentices or servants, the minor children of any poor person, who has become actually chargeable to their town, as having a lawful settlement therein, or who is supported there.. at the charge of the Commonwealth...Such children.. may be bound, females to the age of 18 or to the time of their marriage within that age, and males to the age of 21 years..." Lunatic Paupers: " Judges may commit any lunatic.. who .. is so furiously mad.. that it is dangerous to the peace and safety of the community...to the (lunatic) hospital.  Judges shall have the authority to commit lunatic Indians.. to the ..." Surveyors of Highways: "Any person who travels on the Lord's day neither from necessity or charity, cannot maintain an action for an injury received by him while so traveling..." 486 pp. 12 x 19 cm. Calf on board, outer front hinge cracked,  2x 3 cm piece of leather on spine chipped off, scuffed, front board slightly warped.  Inscr. On front endpaper: "Horace Wallis Jr., Town Officer, " and above that, "Presented to the Historical Association July 1922 by .. daughter of (Hollis)." Good condition. (5916) $75.00. Reference

You can reach me via email at scoulbourn1@verizon.net

Posted by The Personal Navigator at 5:45 PM